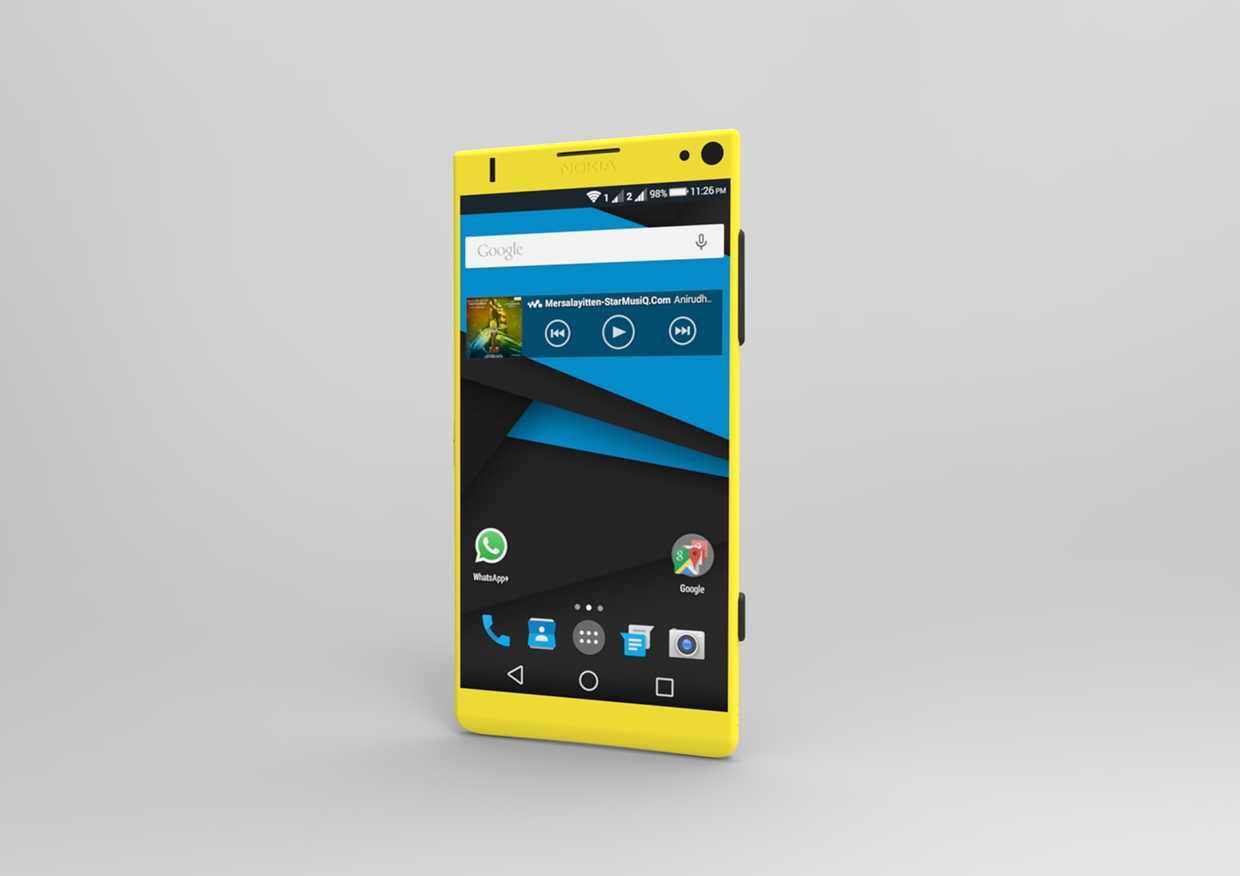 The Microsoft Lumia 1050 release date is said to occur sometime in January or February 2016, the handset being positioned as the 2016 flagship for Windows 10 integration. Sales of the device are anticipated to kick off in March 2016, just after the MWC, by a huge number of Lumia 1020 fans. Although Microsoft is focused on getting Windows Store more support and making it more popular, the development process of the Lumia 1050 is underway, according to individuals familiar with the matter. There’s a lot of confusion and anticipation surrounding the Microsoft Lumia 1050 release and features, because the company has just launched the Lumia 950 and Lumia 950 XL without hinting at another major release in the near future.

However, the Lumia 1050 launch seems like a great choice for the future of Windows 10 as a universal operating system. Its predecessor, the Lumia 1020, had and still has one of the best smartphone cameras you can find on the international market. Although its design is unusual, the Lumia 1020 handset impressed a lot of people from all kinds of backgrounds and demonstrated that smartphone photography is not just a hip idea with little professionalism involved. The handset is considered to be one of Microsoft’s best smartphones to date, even though it pertains to a niche target audience.

Windows 10 is supposed to change the entire Microsoft ecosystem for the better and it seems to be on track, based on how well the Lumia 950, Surface Book and Surface Pro 4 were received. The Microsoft Lumia 1050 is supposed to go down an entirely new road in which Windows 10 transforms alongside the phone’s new concept. With a photography-oriented interface that is apparently going to be added with the help of an update to Windows 10, the Lumia 1050 camera should benefit from a unique user experience that crosses the line between DSLR and mobile communication device.

The Microsoft Lumia 1050 will be yet another true hybrid device from Microsoft that tries to give users a universal experience with tech. Aimed at photography enthusiasts with massive online presence, the Lumia 1050 will feature excellent specs but will compromise on design. Because hardware can’t be rushed towards development, we expect the design of the handset to suffer in order to provide with a good user experience. In this regard, the Lumia 1050 camera is supposed to be a massive 50 MP sensor with variable aperture and a zoom lens. Optical image stabilization and laser autofocus are also said to be part of the mix, however an interesting tip about the Lumia 1050 design that we got was that it would be missing a front camera.

At this point, the information we have about Lumia 1050 specs, features and design is limited and unconfirmed. Nonetheless, the tip about a missing front camera is interesting because it would suggest a complete design overhaul and a unique hybrid product. In my mind, I see the device as a smartphone with a lens for a back panel that has a mirror or a small display (like on the LG V10) on the back for self-portraits. Up front, I see Microsoft removing bezels and adding biometric security laser sensors instead of the camera. Windows Hello and the Surface Book already make this feature seem pretty neat, so it’s probable that some type of eye-scanning technology will be present on the Microsoft Lumia 1050.

Under the hood, the most likely driving force behind Windows 10 is Qualcomm’s Snapdragon 820 CPU. Qualcomm is having some stock issues stemming from legal matters they are facing in South Korea, so we can’t really see what the future holds for the chipmaker. Nonetheless, the most credible leak about the Lumia 1050 specs has to be the presence of the latest CPU from the company. With great benchmark scores and an anticipated presence in all of the flagships of next year, the Snapdragon 820 should be optimal for a device that needs to do heavy post processing with photography. The usual 3 or 4 GB RAM should be on board helping the CPU out, but when it comes to storage, things can vary. Apparently, Microsoft is thinking about 128 GB internal storage on the Lumia 1050 specs sheet, not to mention adding a microSD card slot to save all those 4K videos the device should be able to shoot.

Another interesting  bit we heard concerns the Lumia 1050 battery, which is apparently going to be a 5200 mAh cell. While uncommon, we can find such large batteries in many Chinese smartphones. However, the battery life that they offer isn’t as impressive as such a big difference would suggest. The best battery life for a large smartphone is about 3 and a half days, which is what we expect from the Lumia 1050 – when there’s no camera action involved. The Redmond giant has to figure out a way of compressing a DSLR into a smartphone by compromising only in areas where end results would not be impacted – and the Lumia 1050 battery sounds like a good candidate.

Take all this info with a grain of salt. We always welcome tips and are happy to share them with you guys, but mind you, they don’t always end up reflecting reality.  The truth about the Lumia 1050 is that it’s unconfirmed – we’re not even 100 % sure it’s going to ever be launched. Microsoft needs to officially confirm the handset, and luckily that’s not too far ahead in time if we consider the Lumia 1020’s success. The Lumia 1020 is long overdue for an upgrade, so if the Lumia 1050 is happening, Microsoft will definitely announce it within the first quarter of 2016.