New details on the HTC Desire Eye have emerged 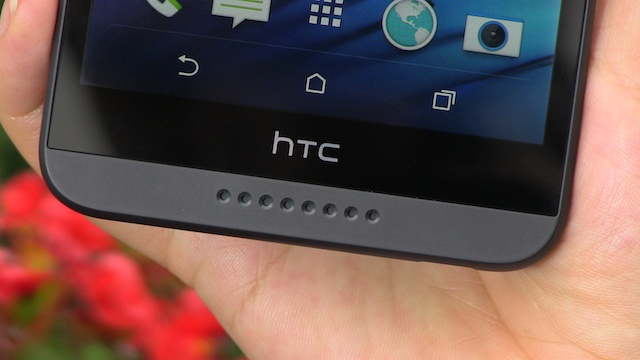 New details on the HTC Desire Eye have emerged

HTC is preparing to announce a few new devices next Wednesday, October 8th during its “Double Exposure” media event. We already knew about one of these devices for some time now, namely the HTC One Eye, which seems to be a variation of the company’s popular flagship smartphone – the HTC One M8. Earlier today, details about another handset have surfaced and it’s being called the HTC Desire Eye. This device will come with a pretty impressive set of specs, but its main selling point will undoubtedly be the camera combo. The HTC Desire Eye comes equipped with a 13MP rear-facing camera along with a 13MP front-facing shooter with dual-LED flash, which seems to be specifically designed for taking selfies.

Cameras aside, the device will sport a 5.2-inch display with 1080p resolution and will run on a Qualcomm Snapdragon 801 quad-core processor clocked at 2.3 GHz. Other specs include 2 GB of RAM, 32 GB of internal storage memory and 2,400 mAh battery. The HTC Desire Eye will run on the Android 4.4 KitKat operating system with the Sense 6 user interface and will feature IPX7 certification, which means that it will be water resistant. Pricing and availability have not been announced as of yet, but we expect to hear all about these aspects next Wednesday during the Double Exposure event.

As for the HTC One Eye, the handset is nearly identical to the One M8 flagship except for the fact that it will feature a 13MP Duo camera on the back. Also at this event, the Taiwanese tech giant will launch the HTC RECamera as well as a new camera app that will be available on a number of devices manufactured by the company. These include: HTC One, One mini, One (M8), One mini 2 and One (E8). Needless to say, the upcoming event will be mainly focused on camera innovations and the HTC Desire Eye with its two 13MP snappers is bound to steal the show.