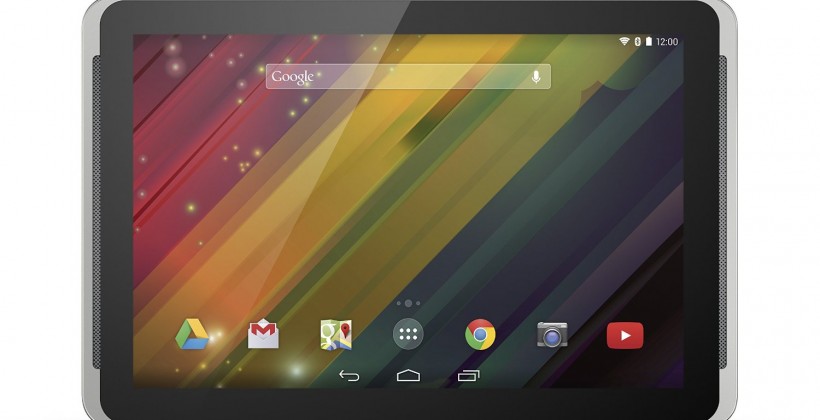 HP launched a brand new budget friendly tablet with a 10-inch display and a nice set of specs to boot. The HP 10 Plus comes equipped with a 1920 x 1080 resolution 10-inch panel, an ARM Cortex A7 quad-core processor clocked at 1GHz, 2 GB of RAM, 5MP primary camera, 16 GB of internal storage memory and 7,700 mAh Li-ion battery. These might not be the best specs ever featured on a tablet, but they’re actually pretty decent all things considered, especially since you won’t have to pay an arm and a leg for this tablet. HP only charges $279.99 for the device and you can already purchase it either from the company’s own store or from Amazon.

The HP 10 Plus runs on the Android 4.4.2 KitKat operating system and features a variety of useful apps such as Skype, Google Street View, Youtube, Chrome, Gmail, Google Play and many more. That being said, the tablet does have a few drawbacks and is not particularly impressive in terms of performance. The processor seems to be its biggest weakness and the battery will only last for about 6 hours or so before you need to reach for the charger. Also, you will only get 16 GB of storage straight out of the box, which isn’t exactly a lot. On the bright side, the HP 10 Plus does feature a microSD card slot, so at least you have the option of adding addition storage memory if needed.

All in all, the HP 10 Plus looks like it could offer a pretty good bang for you buck. There are certainly other good 10-inch tablets out there, but its biggest competitor will most likely be the ASUS Memo Pad FHD.