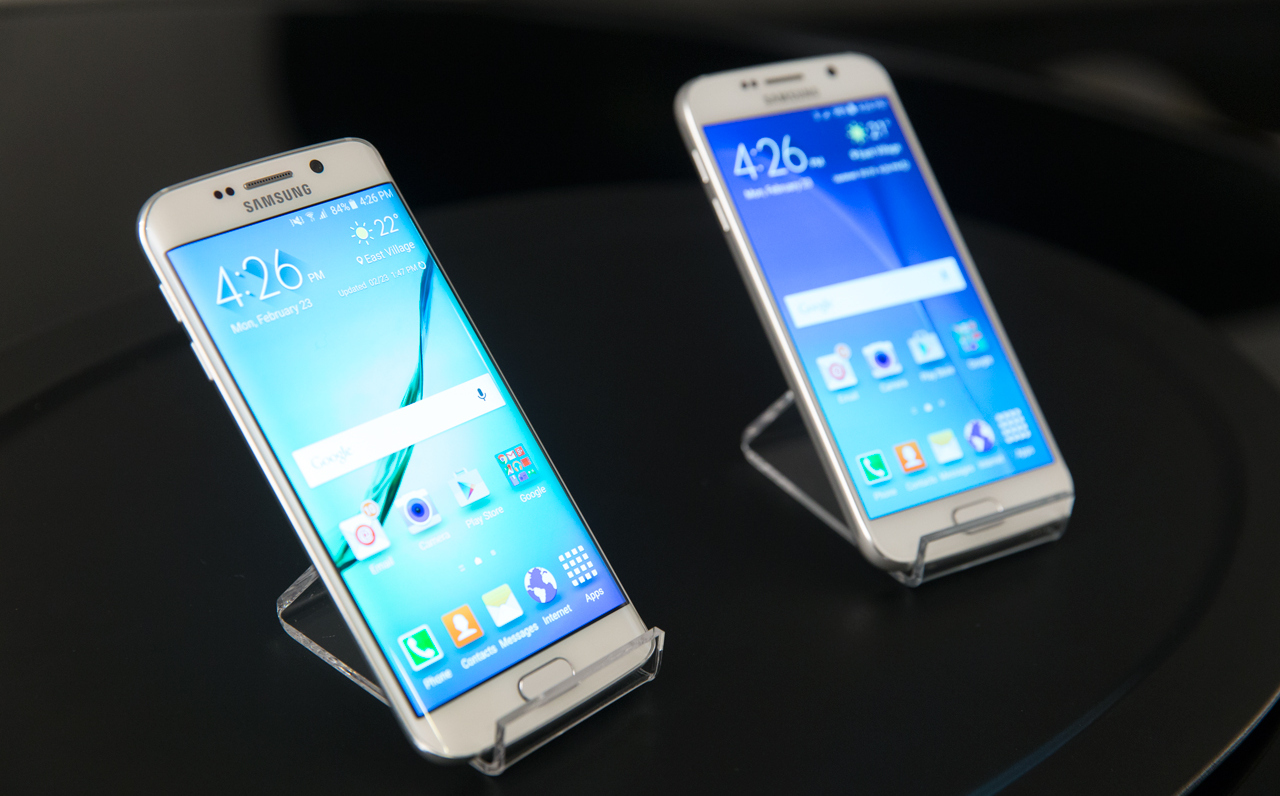 Today was one of the most anticipated days of the year, not only because it was the first day of Spring, officially, but because Samsung’s Galaxy Unpacked event was scheduled for today. The Unpacked event was highly anticipated because the South Korean company has teased their two new flagships, the Galaxy S6 and the Galaxy S6 repeatedly over the past few weeks. We’ve been anxious to see the real deal because all the teasers from Samsung were extremely promising, advertising a metal unibody, biometric fingerprint sensor, wireless charging, a completely new design, a minimized TouchWiz UI and an upgraded camera setup. If that’s wasn’t exciting enough, the company released teaser videos and photos showcasing the Galaxy S6 Edge, with dual edge displays drooping down each side of the phone. What’s not to be excited about if not two new flagships from the company that promised a complete redesign and re-orientation of their portfolio for 2015?

Today was the big day and everybody was stocked to tune into the Samsung Galaxy Unpacked event in Barcelona, Spain. Tomorrow, the MWC 2015 fair will kick off and attendees will be able to actually test out the Galaxy S6 and the Galaxy S6 Edge if they didn’t score tickets to the exclusive event. All is revealed today, as we’ve got the full scoop on the Unpacked event and what it brings forth for the year of wireless technology, according to Samsung. Even though we had extremely high expectations of both the Galaxy S6 and the Galaxy S6 Edge and thought that maybe the smartphone manufacturer would not be able to meet those expectations, we were pleasantly surprised.

The HTC One M9 was revealed ahead of the Samsung Galaxy Unpacked Event, so everybody was definitely wondering if Samsung could outdo HTC’s new smartphones that were launched ahead of the MWC 2015. We were pleasantly surprised by HTC, even though the handset was leaked days ahead of the big event. HTC execs had told us to sit tight, because they would unveil surprises and that we would be amazed and what we didn’t know about the HTC One M9.

The event started off at 18:30 CET/12:30 PM EST so we were expecting at least some neat fireworks to go off to celebrate Spring, if not the new flagships. We had heard a lot of rumors about the Galaxy S6 and the Galaxy S6 Edge, but we were most curious about the design. After all, Samsung did give their flagship the “Project Zero” code-name last Fall and promised a complete redesign of the handset. From previously leaked images, we were expecting some sort of hybrid between Apple’s iPhone 6 design elements on the bottom of the phone, a bit of Samsung flare on the display, and a good deal of Galaxy Note Edge influences. But let’s get right into it, shall we?

The Galaxy S6 turned out to be not much different than the Galaxy S5. The totally re-imagined phone is not that interesting, as it looks like the old Galaxy S5 with a metal frame slapped onto it. That being said, it also comes with a major design flaw that most of you will criticize: a really protruding camera. Even though it’s got a new metal design, the back panel is made of Gorilla Glass 4, so it’s definitely very shiny. It’s thinner than the Galaxy S5, at 6.8 mm, and gets thinner bezels. The 5.1 inch display managed to fit into a pretty neat compact body, so we like that. The QHD display stayed, so we get more than 500 ppi pixel density on the phone. It’s a very bright phone so you’re definitely going to be able to use it outside. The color accuracy is great and right now, it seems to be the best display on the market right now.

The glossy panel on the back of the Galaxy S6 is quite a fingerprint magnet. Besides, the bottom of the phone does actually look like that of the iPhone 6, so those renders we’ve seen a few weeks ago showcasing that feature were spot-on. The fingerprint sensor has been improved, this time you don’t need to swipe on the home button, but a touch will be enough, much like TouchID. That’s a welcome improvement as the fingerprint sensor on the Galaxy S5 was pretty rowdy.

Even though the camera protrudes a lot from the back panel, it’s a pretty neat setup with a 16 MP sensor completely equipped with optical image stabilization and upgraded camera specs. You also get a wide-angle front-facing camera with a few new shortcuts you can use. Spec-wise, everything seems to be confirmed: Exynos 64 bit octa-core chipset backed by 3 GB RAM, but there’s no IP certification, which we’re pretty bummed about. Indeed, the Galaxy S6 is not waterproof like its predecessor. Moreover, there’s no microSD card slot available, and you can’t remove the back panel of the phone. You do get Qi wireless charging and an IR blaster, so that’s something.  If you were hoping for good TouchWiz, nope. It’s better, but it’s not totally gone. The way in which the Galaxy S6 works seems faster, so TouchWiz has definitely been improved. Still, if you expect Android 5.0 Lollipop, it’s not that much.

The Galaxy S6 Edge doesn’t differ too much from the Galaxy S6, save for the design. The internal specs, materials, design are all the same, save for a bigger battery and a 5.1 inch display with two hanging edges. The edge display comes with a few extra features, including edge lighting, night clock, people edge and information stream. Information stream and night clock are familiar from the Note Edge, so that’s not new. The People Edge feature allows you to bring in shortcuts of your most used contacts and that’s it, you can’t customize it. Edge light just lights up the phone’s edges depending on your settings. For example, if I set pink for my mom calling, it will light up pink when my mom calls. Pretty easy, right?

Now, the big unveil did confirm most of the Galaxy S6 specs and Galaxy S6 Edge specs, but let’s see what the differences are between what we expected and what we got instead. First off, the Galaxy S6 was sure to come with a 5.1 inch QHD Super AMOLED panel, just like the Galaxy S6 Edge. Even though there was hope that Samsung would use the Qualcomm Snapdragon 810 CPU in their new flagships, by the end of the week, most people were sure that the companies split and that the South Korean smartphone giant would use its own octa-core Exynos chipset in the phone, coupled with 3 GB RAM and 32 or 64 GB internal storage. Android 5.0 Lollipop is a given with new launches, but we were speculating that TouchWiz would be completely revamped or replaced by Iconic UX. At the same time, judging by the many teasers Samsung released, we expected nothing less than built-in Qi wireless charging and fast charging, albeit incorporated with a smaller battery pack, even smaller than the Galaxy S5 had last year. Rumors about a biometric fingerprint sensor, much improved over the one found in the home button of the Galaxy S5 as well as rumors about a heart rate sensor, waterproof certification and a massive camera. We were hoping that the Galaxy S6 camera would incorporate a 20 MP sensor with optical image stabilization, as Samsung teased a lot of performance in the videos it released last week.

So how much of these rumors were confirmed? Most. We only got a 16 MP camera, but we did get extra 128 GB storage. TouchWiz is toned down, but not as much as we expected. No waterproof certification, which is a shame, but we do get fast charging and Qi wireless charging. The Samsung Galaxy S6 and Galaxy S6 Edge will be available for purchase starting April 10. Now, we just need to find out how much these flagships will cost, but our hunch is ” a lot”. Does anybody see the Xperia Z3 – iPhone 6 – iPhone 6 Plus resemblance that I do?