Although the HTC One M9 seems to be a disappointment for many HTC fans out there, there’s another version of the handset called the HTC One M9 Plus coming soon. This new device is hopefully going to silence many of the critics saying that HTC does not want to conform to current trends, as the features that have been leaked as well as the official invitation to a launch event reveal surprising facts about it. The HTC One M9 Plus release date is set for April 8th, and people in Beijing who are invited to the event will bare witness to the launch of the Taiwanese company’s first QHD smartphone that also gets a biometric fingerprint sensor.

The HTC One M9 Plus release date was revealed today in a set of press invitations to a Beijing event being held by the company on April 8. Although the invitations don’t give away much about the actual handset, they do confirm its existence and its release date. The rest of the information about the HTC One M9 Plus comes from a set of leaked images that depict the design and the new features of the behemoth. 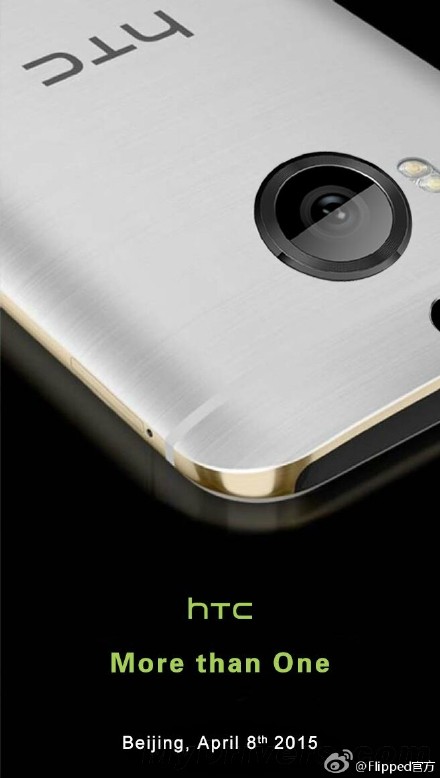 According to these leaked HTC One M9 Plus images, the handset will be bigger and better than its predecessor, although we’re not quite sure how powerful it will end up being. Rumors say that for now, the HTC One M9 Plus will be exclusive to the Chinese market, and it might stay that way, although many fans hope that the assumption is wrong. Now for what we found out! Allegedly, HTC One M9 Plus specs include a 5.5 inch QHD display with a 2560*1440 resolution, while under the hood the device will get a MediaTek MT6795T 64 bit octa-core CPU, which will definitely compete against Samsung’s Exynos 7420 and Qualcomm’s own Snapdragon 810 processor. 3 GB RAM will be on board alongside 64 GB internal storage and Android 5.0 Lollipop, with Sense 7.0 naturally on top of all that.

Whether these specs are the real deal will remain a mystery until the HTC One M9 Plus release date on April 8. From what we can tell, fans are loving the idea of a massive HTC phone with a QHD resolution, so the company might be getting some of the hype back next month. Besides these admirable specs, the leaked images depict a home button that looks eerily familiar to Samsung’s home button on the Galaxy S5, Note 4 and Galaxy S6. According to these leaks, the HTC One M9 Plus will get its own fingerprint sensor and stand in line with the major releases of this year in terms of smartphones.  We’re definitely excited about this new phone and we’re sure our readers are, too. 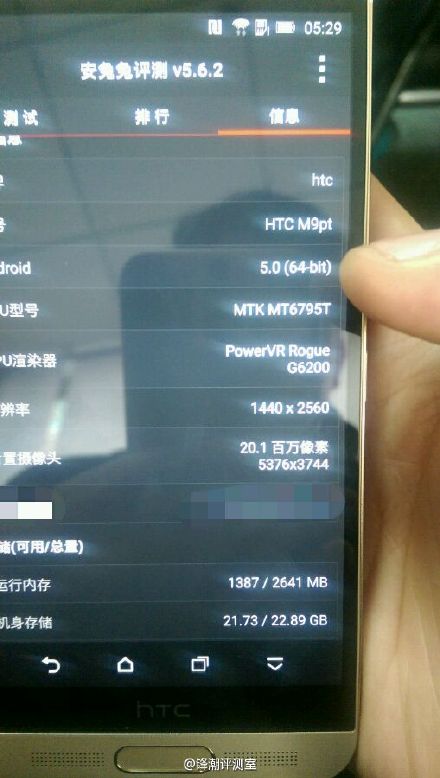 HTC One M9 vs Galaxy S6: display and its impact on battery life
Cheapest smart watch ever for Android and iOS at only $40