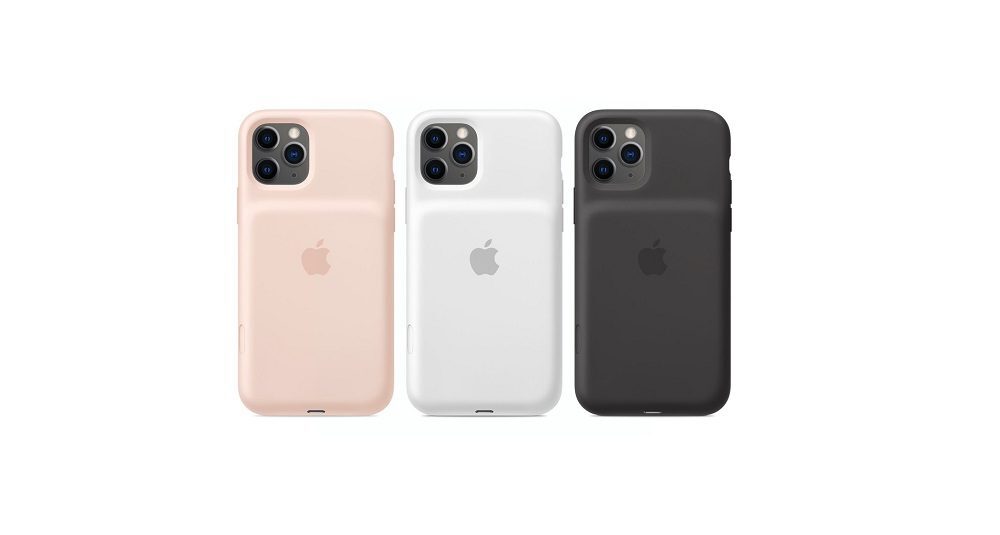 We’ve heard rumors for a while now about a new smart battery case from Apple for the iPhone 11, Pro and Pro Max, and now it has been made official. The company has announced that the new smartphone battery case is available right now through their website, and that it costs $129.

While those who have used a smart battery case from Apple before will know what to expect to an extent, the company did actually make some improvements with this new version. First of all, the design has been tweaked to accommodate the bigger rear camera module, which is to be expected. However, what is unexpected is that they added a dedicated camera button to the case, which boots up the camera app instantly when pressed. This feature works whether the phone is locked or unlocked.

As for the material and look of the case, Apple has once again gone with a silicone finish that provides a good grip for users. There are three color variants to choose from, which are Black, White and Pink Sand. The interior of each case is lined with microfiber, ensuring that your phone is optimally protected. There is of course a lightning connector slot at the bottom to make sure you can charge your phone when you need to, and the case easily folds at the top to slip your phone in and out.

What’s also great about this case is that – seeing as it is itself a battery – it prioritizes its own battery before the iPhone’s. This means if you have a full charge on your iPhone yet drain the case’s battery over hours of use, your iPhone’s battery will still be full. Qi wireless charging support is also included with this case, so you’ll be able to charge the iPhone and the case at the same time.

According to Apple, this new smart battery case is going to boost the iPhone’s battery life by 50%, which is notable considering the big improvements that have already been made with the iPhone 11 lineup. If you’re interested in grabbing a case for yourself, then get one now from the Apple website.