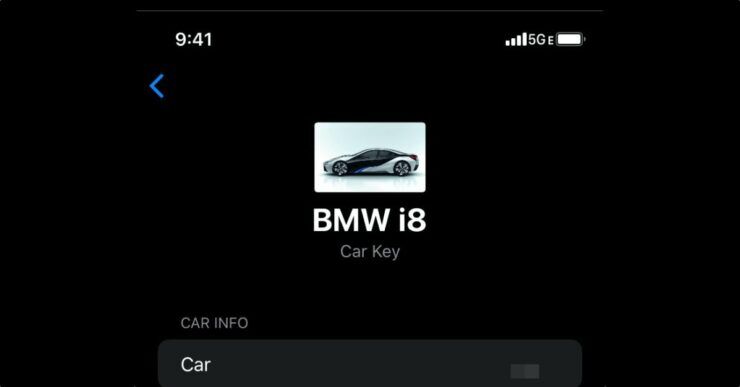 As the world becomes more and more technologically advanced, it’s only natural that former ways of doing things will eventually become obsolete. It looks like car keys could end up succumbing to a similar fate (or at least one where they’re far less vital) thanks to a new feature that is in works the for the iPhone.

The feature, called Car Key, is expected to release in the near future with the next iOS update, and now we have official details on what to expect. The feature will likely be included with the iOS 13.6 update, meaning that Apple could potentially reveal it during WWDC on June 22. The following are the details from Apple:

“Wallet allows you to add and share car keys for certain vehicles. You can add a car key by logging into the vehicle manufacturer’s app or by entering a coupling code in Wallet to assert your claim as a vehicle owner and to pair your device with your vehicle. If the connection is successful, your device sends a one-time redemption token for the holder to Apple. Apple uses the redemption token, information about your Apple account and device, and your location details at the time of deployment (when location services are enabled) to prevent abuse.”

The company will be working with car manufacturers to make this a reality, as manufacturers will have to share a dedicated device ID with car owners for their vehicles. The car owner will even have the option to share the Car Key with family members using an “invite” feature, which will be great in situations where someone only has one car key and isn’t able to hand it over

More details on this will probably be coming very soon, and we’ll fill you in on everything there is to know as soon as we can.