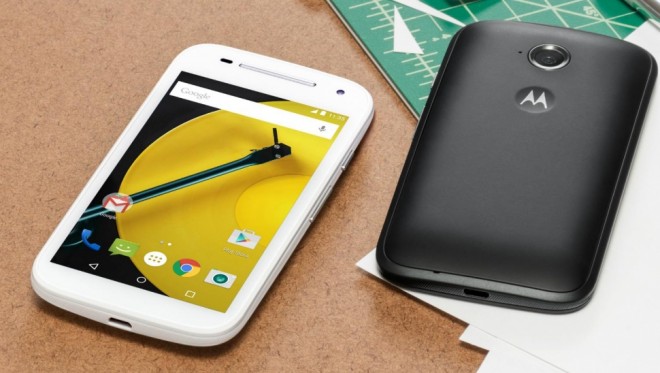 Motorola has launched the Moto E and Moto E 4G this year, but the difference between these two smartphones aren’t just about connectivity. Although it was a surprise to see a new generation of Moto E devices launched so early in the year, people were glad to see the new Moto E and Moto E 4G because the company has made considerable improvements compared to last year’s model. If there are people out there looking into the Motorola Moto E, they should look no further than the Moto E 4G, which has proven itself inherently better than the 3G variant that’s on the market right now.

Admittedly, the best feature of the Motorola Moto E 4G is its price, which is set at about $143 unlocked. For a low-end device, the price is relatively low and the device does come with excellent bang for buck. The 4G LTE connectivity only raises the odds of the device higher than those of its predecessor, which only supports 3G bands. But as I said previously, those are not the only differences between the Motorola Moto E 4G and its 3G-touting sibling.

First off, the Moto E 4G comes with more powerful specs and considerable improvements in performance. Instead of the Snapdragon 200 CPU which is in the regular model, the Motorola Moto E  4G comes with a beefier Snapdragon 410 processor clocked at 1.2 GHz Cortex-A53. The processor is backed by 1GB RAM and 8 GB internal storage, with a microSD card slot available in case you need it. The performance of the 4G-enabled Moto E 2nd gen is way better than the 3G model performance. It can handle graphics intensive gaming and long sessions of video binging without a problem. You can actually play Asphalt 8 on it, although you do need to set graphics lower than you would on a flagship device.

Compared to the regular 3G model, the Motorola Moto E 4G doesn’t just improve performance, but increases battery life as well. The combination of the low-consumption 4.5 inch display with a 540*960 resolution and the beefy 2390 mAh battery make for excellent battery life that can last up to 3 days if LTE is not abused too much. It’s remarkably good for the price, and since battery life is the most important thing when talking about a low-end smartphone, the Moto E 4G nails it.

The camera, of course, is below average, as the Moto E 4G camera setup consists of a 5 MP shooter on the rear with autofocus and a VGA camera on the rear. There’s no flash involved in this, so don’t get your hopes up too high about photography with the Moto E 2nd gen. Although photos are bad, the snappers are good for the occasional Instagram post. Otherwise, if you’re looking for a good camera smartphone, the Motorola Moto E 4G is not the one. But if you’re looking for a second phone, a daily driver or a backup phone, the Moto E 4G is a great pick.

For the price, you’re getting near-stock Android 5.1 Lollipop, a very good battery life, very good performance and a sturdy, durable design. The Moto E 4G as such is a much more balanced smartphone than its 3G sibling and if you’re looking for a budget-friendly acquisition, that’s what you should choose. Faster internet, better performance and longer battery life are the benefits of the Motorola Moto E 4G and they outweigh those of its less-endowed sibling. The price difference between the two is small, so you should definitely splurge on the more future-proof variant. The 3G variant price is set at about $120, while you can buy the Motorola Moto E (2nd Generation) 4G LTE – Unlocked (Black)