iPad Pro price to go over $1000 mark for base model 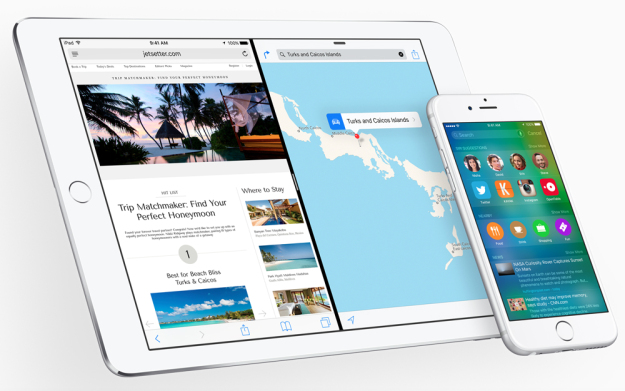 iPad Pro price to go over $1000 mark for base model

Apparently Apple is getting ready to launch the iPad Pro tomorrow, alongside the iPad Mini 4 and iPhone 7, as well as iOS 9 and new, even more expensive Apple Watch bands. The iPad Pro is going to be the newest device in the Apple portfolio, and yet another first for the company. It looks like the MacBook Air is going to become obsolete once the iPad Pro is out, seeing as the most recent model of the MacBook Air is not doing so well. The iPad Pro price seems to be one of the more interesting parts of the launch tomorrow, as rumors of it being overly expensive have emerged.

According to reports from Apple Insiders and 9to5Mac, as well as others, the iPad Pro price will be higher than expected because the device itself will not be geared at the same people the more affordable iPad Air 2 was. With the iPad Air 3 being replaced by the iPad Pro, the iPad Mini 4 will be the mainstream device of the year, geared at those who don’t want to spend a fortune on a tablet. Tablets are going to be obsolete soon anyway, or at least that’s what industry analysts are saying.

It looks like Apple is going to keep its elitist ways of operation, as the iPad Pro price is expected to hop the $1000 mark for the base model. Apparently, the new iPad Pro will be so filled with features and so premium, that the price will definitely be worth it. Whether any of this is true or not will be revealed tomorrow, but we sincerely hope that the company at least tries making at least one of their new devices more affordable to the masses, and not just for corporate high-rollers.

The iPad Pro features, judging by the leaks and rumors that lay all around the tech community, will be impressive. Apple has reportedly worked out the problems people had with multitasking in iOS 8 and revamped the entire multitasking operation mode. In iOS 9 on the iPad Pro, people will be able to run two apps on the screen, in full size, at the same time, thanks to a new productivity mode that Apple is introducing into the OS.

Moreover, the iPad Pro price will also reflect the enter of Apple into a new industry: convertibles or rather notebook equivalents. The iPad Pro will most likely be launched with a stylus and a keyboard, both apparently sold separately, to maximize the productivity features that the tablet will offer. If the OS is revamped in such a way as to make the iPad Pro more of a notebook than a tablet, the device has a shot at popularity, even if it’s expensive.

According to analysts and leaks, the iPad Pro price will be between $1000 and $1600, depending on storage configuration and connectivity. There will be at least one model of the new slate sporting 4G LTE connectivity. Speaking of the display, the iPad Pro display will most likely measure 12.9 or 13 inches and will boast with 2K resolution. Under the hood, the slate will boast with an Apple A9X processor and a base storage of 64 GB, which is significantly more than what Apple offers with other tablets in its range.

The iPad Pro release date is tomorrow, but it is said that pre-orders won’t go live until the middle of October, with shipping to begin at the end of November. While some might say that’s a bit late, it’s just in time for the Holiday season so there will be plenty of customers interested in the latest and greatest from Apple. Whether the iPad Pro ends up being great or just late we’ll find out tomorrow. Stay tuned for more coverage on the Apple September 9 event!

Huawei Nexus 6 release delayed to 2016 because of dual-edge panel [rumor]
Fire Phone 2 coming before the holidays?