Fire Phone 2 coming before the holidays? 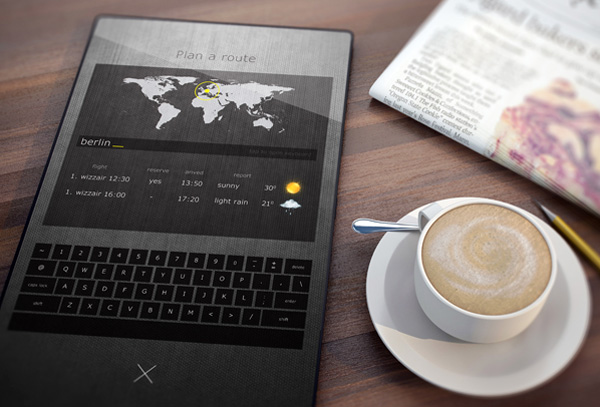 Fire Phone 2 coming before the holidays?

[update] The Amazon Fire Phone is no longer available on the Amazon store, which further fuels speculation about a successor, the Fire Phone 2, being released sooner. No official statements about the issue have been made as of yet.

Amazon has been pretty clear about the Fire Phone legacy: not until next year. The Amazon Fire Phone of last year was a flop, because it was launched with a huge $600 price tag (only to be brought down to $200 within weeks), no Google Play Store, lackluster features and one selling point: the camera. People were rather disappointed with the Fire Phone user experience, but that doesn’t mean Amazon is going to stop. It looks like the Fire Phone 2 is on its way and it might even be launched earlier than anyone would have expected.

With Apple prepping for their big event tomorrow, Amazon decided it would greet the new releases (iPad Pro, iPad Mini 4, iPhone 7) with their own treat: a cheap, simple, Amazon-branded 6-inch tablet. Not much information about the mystery tablet is known, but it is bound to be Fire tablet and it will cost only $50 a pop. We know there won’t be a Play Store involved and we know there will most likely be ads, but we also know that the tablet’s main purpose will be streaming and shopping. Judging by that, the tablet will most likely feature a high-resolution display and NFC. Not much else, for that price.

Why would Amazon launch an affordable, but sub-par tablet to counter the iPad launch? They might want to give people an easier way to preorder iPads from Amazon with their own tablet, but otherwise, this device won’t be anywhere near the competition that the iPad Pro, iPad Mini and others target. With that in mind, we noticed that Amazon is gearing up for more hardware launches, even though their hardware team has been downsized significantly.

With a smaller hardware team, it would seem unnatural for the company to launch a Fire Phone 2, but it looks like that’s what they’re going to do. While we doubt the Fire Phone 2 release to be this year, the manufacturing process has already started – according to rumors. We know for sure that the Fire Phone 2 is in tow, as Amazon CEO confirmed it earlier this year, but we’re not expecting it to be showcased this year. Nonetheless, the launch of an affordable tablet is odd, seeing as interest in tablets has not really grown since last year. That leads us to believe that there’s more to this launch than meets the eye.

The Amazon Fire Phone 2 is going to be a much-improved version of the Fire Phone, possibly with Google Play integrated, running Android 6.0 Marshmallow. We know that because that’s what Amazon promised: improved performance and more Google. If Android 6.0 is a given, then we might even see the new phone launched by the time we start cheering for Christmas, which would be interesting.

A significant amount of people appreciated the unique features of the Amazon Fire Phone, even though most people thought it was way too expensive for what it had to offer. That being said, people are interested in Amazon hardware and especially those who have become accustomed to Fire tablets and Kindle reader know that the company can truly make good hardware and provide for a good user experience.

Although unlikely, there’s a chance that Amazon is going to launch the Fire Phone 2 before we reach the new year. If that happens, the company has to develop a solid smartphone and make use of a new hardware development team in order to provide with good Google integration and a seamless shopping experience. With new delivery services in tow, Amazon needs to provide suitable hardware for Amazon Prime members and bring new members into its ecosystem with an attractive and appealing smartphone. If the Fire Phone 2 does that, we might have a new big player in the field. Until then, we’re looking forward to seeing the $50 tablet that the company is readying.