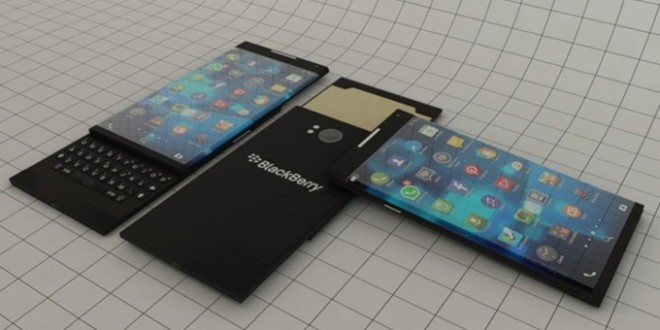 The BlackBerry Venice caused quite a bit of a stir in the Android community as it would be the first phone from the struggling Canadian company to sport a full Android OS. Android has not been an integral part of BlackBerry until now, but the company is reviewing their strategies with John Chen leading the talks, because their smartphone division is dwindling. CEO Chen actually said that if something didn’t change this year, the smartphone business of BlackBerry would have to be spun off. The BlackBerry Venice release might solve the issue, seeing as more and more Android fans are showing curiosity and interest towards the device, not just because it comes with Android 5.1 or even Android 6.0 Marshmallow installed, but also because of the unique sliding keyboard which we haven’t seen for decades.

We should forget about the BlackBerry Venice though, as confirmation has arrived from infamous Evan Blass (@upleaks) that that would not be the name of the device. Most fans did know that “Venice” was just the code-name of the device, like Project Zero was for the Galaxy S6, but it seems like Priv sounded better to the company. While it doesn’t sound better to me, it’s an edgy name that would definitely not be mistaken for anything else than the BlackBerry Venice sliding keyboard smartphone.

In 2015 we wouldn’t have expected people to be so interested in a sliding keyboard, but the idea that BlackBerry put forward and which was leaked in a hands-on video previously, took on and people are liking it. The BlackBerry Venice aka BlackBerry Priv release date should be set for sometime in November, if we are to listen to the rumors that have been circulating around the internet. Although the company has not yet made a public statement about the new handset, we’re confident that we don’t have to wait long to see it in action.

When it comes to hardware and features, the BlackBerry Venice should sport more than just a lightweight metal sliding QWERTY keyboard, but also the latest and greatest in terms of specs: Snapdragon 810 CPU, 3 GB RAM, 64 GB internal storage, 21 MP camera with OIS, flash and autofocus, an app suite from BlackBerry and a massive battery. With those specs and unique design, the Priv has a serious shot in both the consumer and enterprise markets. Now, we just have to wait for it to be released already.