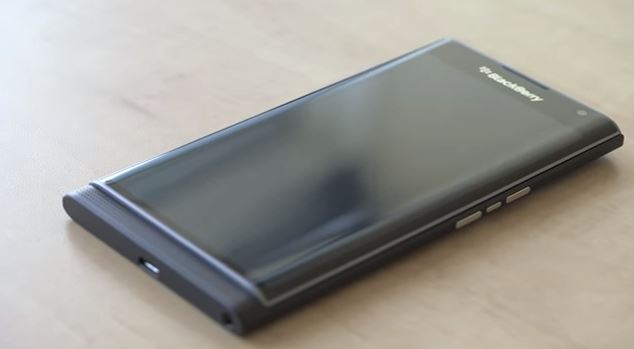 Starting with the BlackBerry Priv design and down to the software, we can now say that the new slider is fully unveiled and official. The struggling Canadian company is putting its hopes into this handset. The smartphone business of BlackBerry is headed for a spin-off, according to CEO John Chen, unless they sell at least 5 million smartphones in the 2016 fiscal year. It’s not looking good so far, but the BlackBerry Priv might change that soon enough.

In the video, the BlackBerry Priv shows off all its beautiful design features including the magnificent sliding keyboard and the privacy and security features that the company is adding atop of Android. Since the Priv is the first BlackBerry smartphone to run on Android, it constitutes an important milestone in company history.

Android and iOS have pushed BlackBerry out from the smartphone market with high adoption rates and dominance of their Play stores, and even Windows 10 will be struggling to make it in the mobile industry. We don’t know how much of a shot the BlackBerry Priv has at turning Android users towards it, but since it comes with full access to Google services, its chances are significantly increased. If the Priv would have launched with BlackBerry OS, the interest in the handset would have been much lesser, despite the unconventional and unique design of the handset.

The BlackBerry Priv design is unique and pertains to the sophisticated design language of the industrial era. The handset is sleek, durable and filled with features. The touch-enabled sliding keyboard keeps the BlackBerry user experience intact and the apps that the company supplies on top of Google’s own will most likely keep BlackBerry fans interested. The lack of BlackBerry OS might not be that great for long-time fans of the OS, but migrating to Android was the only sensible choice for BlackBerry if it wanted to keep its smartphone business alive. The BlackBerry Priv price will be around $650 unlocked in the U.S., but official information about pricing is yet to be announced.

The BlackBerry Priv release date is not set in stone, but carriers in the UK should start carrying the device starting November 6. US and Canada availability should follow suit, with more regions to be added in the following few weeks. According to our sources, the Priv should be available globally by the end of the year, although pricing will differ depending on the region. Any of you guys interested in this unconventional smartphone?