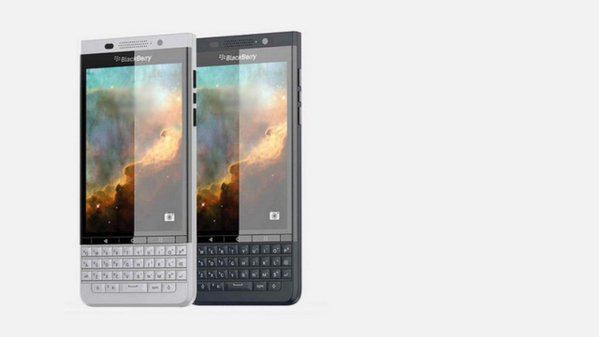 John Chen stated that if the struggling Canadian company did not accomplish its 5 million unit sale goal for its smartphone division, they would have to let go of the entire department. The BlackBerry Priv is doing well, with generally positive reviews online, but people are pointing out that the handset is a bit behind when it comes to hardware. Using Android on the handset is overwhelmingly accepted by fans, thanks in part to the extra privacy and security features that BlackBerry added into the mix.

Leaked BlackBerry Vienna images showcase that the design of the new handset will follow in the footsteps of the acclaimed BlackBerry Passport, but will sport a different aspect ratio on a larger display, positioned atop the capacitative, touch-enabled QWERTY keyboard. Running on Android 6.0 Marshmallow, the BlackBerry Vienna release date is expected to fall in the first two months of 2016, although rumors of an earlier launch in December have also been vehiculated on the internet.

When it comes to specs, there’s little to be known about the device, but most people seem to use the BlackBerry Priv as a guide to speculate about what kind of specs the new Android device will have. Seeing as the company is going to go down a similar road as it did with the Priv, it’s possible that the Vienna will sport similar, but higher-end specs.

Depending on when the BlackBerry Vienna release date comes around, we could see diffferent hardware in the build. If our assumption about a January or February release date is correct, the new handset might even use Qualcomm’s latest processor, the Snapdragon 820. If true, we should expect at least 3 GB RAM, 32 GB internal storage and Android 6.0 Marshmallow out of the box.

The camera setup of the BlackBerry Vienna is anticipated to mirror the setup on the Priv, which proved itself quite capable in various reviews and after a lot of testing from tech enthusiasts. The thinner, yet larger design of the handset will elongate the shape of the phone, making it taller, but apparently, it will be much less cumbersome than the thick Priv.

Since the company has not actually confirmed the BlackBerry Vienna release schedule or specs, not even the design, all we have to go by are the images leaked by Crackberry. Since the site has a good track record of accurate leaks and information, our bet is that the Vienna will look exactly like in the renders. If that’s to your liking or not, depends on you.

Matt DavisSeptember 29, 2022
Read More
Scroll for more
Tap
Samsung Galaxy S7 and S7 Edge are already being tested
Is there a chance for Tizen on the Galaxy S7?
wpDiscuz