Last year, the Microsoft Band might not have been as successful as the Redmond giant had wanted it to be, but it was nonetheless an impressive step for the company as their first foray into the wearable market. The Microsoft Band 2 is supposedly coming this year, and the press renders that were leaked today suggest we’re in for a pretty neat new device from the company. The Microsoft Band 2, as it is being called in the tech community, will most likely see the light of day by the end of the month, if rumors are correct.

The Microsoft Band 2 release date is supposedly set for the first week of October, when Microsoft is said to announce the new Surface Pro 4 and maybe the Lumia 940 or another Lumia flagship to showcase Windows 10 Mobile with. While we’re not completely convinced that this is what Microsoft is planning, there are few ways that things can go and this seems to be most likely. 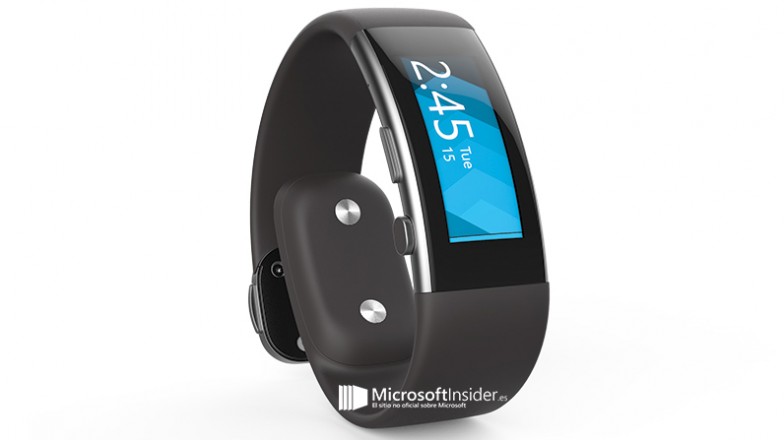 The renders of the Microsoft Band 2 showcase a not so different device from last year’s simple, a bit blocky, wearable. The new addition to the wearable portfolio of the company will sport the same style, but judging by the images, the company refined materials and redesigned the inner parts of the band to fit more comfortably.

Although the Microsoft Band 2 is still not looking like a truly innovative device, sources tell us it’s going to be an innovation in wearable technology. Since there’s little difference between the first and second generation devices, if these renders turn out to be real, we’re not expecting too much out of it. Still, sources say we should be looking more at the Samsung Gear S2 when thinking of competition than any other wearable, which leads us to believe Microsoft is adding a data connection or SIM card support to the new wearable.

Although pinpointing features that will be included in the next generation of Microsoft wearables is a hard task, we can try to piece together the bits and pieces of leaked info that has built up over the past few months. One guess that seems plausible is a new set of fitness tracking capabilities that would allow athletes to monitor their jumps, count the stairs that they climb and even determine altitude.  A heart rate sensor (still optical, most likely) and a pedometer are a given when it comes to wearables and Microsoft is no exception.

Sleep tracking, notifications, Bluetooth, NFC, GPS, water resistance and iOS and Android compatibility are also supposedly part of the Microsoft Band 2 feature-list. Although the Band 2 is less interesting than the Surface Pro 4 or Microsoft Lumia 940, it is still a curious device that people are looking forward to see and test out for themselves. With a rather big push into IoT over the past few years, we’re bound to see something innovative in the field from Microsoft sooner or later.