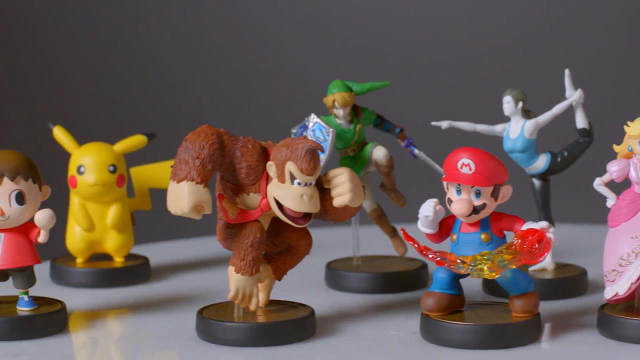 Nintendo has come out with an apology to fans for the Amiibo shortage issues saying sales surpassed their expectations.

If you’re a Nintendo fan and collector than you’ve probably been knee deep in the race for the plastic Amiibo toys that has been continuing to heat up. Major retailers have already felt the brunt of fan desire to obtain the rarest of Amiibo’s, with Gamestop’s entire network being knocked offline. Fans all over North America are consistently running into the same problem though, which is there simply are not enough to go around. Collector demand for the figures has kept them in constant short supply leaving many people empty handed.

Obviously that causes a great deal of frustration with collectors who have been hoping for a solution to come down from Nintendo for some time. The Big N has been characteristically quiet for the most part until recently when they stepped up with an announcement about the problem: “We appreciate the enthusiasm that our fans continue to show toward Amiibo,” Nintendo opened up with, going on to say: “Sales for the product have exceeded our expectations. We understand how frustrating it can be at times if consumers are unable to find certain figures, and we apologize for that.”

It’s nice to see Nintendo acknowledge the problem even though a major part of the problem is out of their hands. Labor disputes erupting along the West Coast have been grinding shipping down to a crawl causing an even greater shortage. Moving forward Nintendo is hoping that they will be able to raise production to try meeting Amiibo demand. More importantly they are promising a better level of communication with the community. Saying that “Nintendo plans to make it easier for consumers to know when new Amiibo are on the way, through Nintendo press announcements, timely updates on our social media channels, and working closely with retailers”

They also ended their statement on a high note by saying “As our library of Amiibo continues to grow, some figures will be easier to find than others. We are constantly looking for the opportunity to reissue Amiibo and are already making plans to bring back some currently out-of-stock Amiibo figures. Stay tuned for details.” Giving hope to fans that they will soon be able to get their hands on Amiibo figures they missed before.