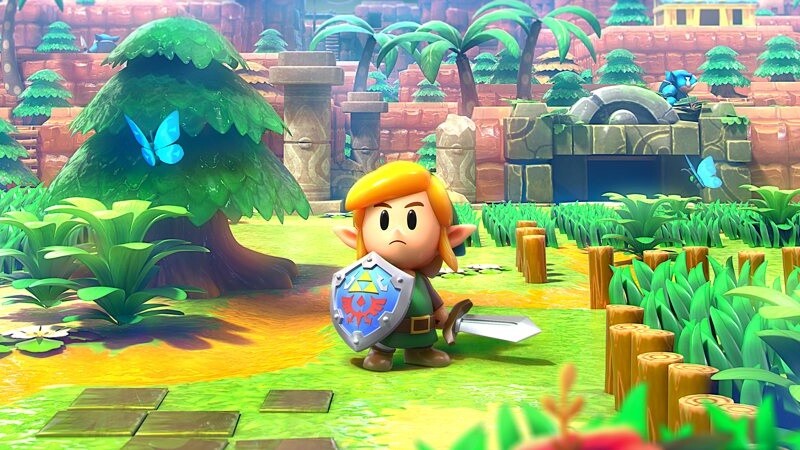 While 2019 is already more than halfway over, there are still some heavy hitters left to release when it comes to video games. We covered the 10 biggest games that are still yet to release this year, so if you haven’t checked that one out then you should. However, in this article we’re putting our sights solely on Nintendo Switch.

The Switch may not be having a year that’s as good as its incredible 2017 launch was, but 2019 is no slouch and there’s still some very big games on the horizon. Here we’ll list the 5 best Switch games that are on the horizon.

The next release from acclaimed developer PlatinumGames is going to be a Switch-exclusive, and is directed by NieR: Automata lead game designer Takahisa Taura. An alien threat descends upon a prosperous city called the Ark, and the Ark police form a special task force to stop them from attacking its people and corrupting the land. Expect more dazzling action spectacle that nobody but PlatinumGames can deliver. Astral Chain launches on August 30th.

Keeping inline with action titles, the next game on our list is a third-person mech shooter from Marvelous First Studio. Players will control a custom player character while commanding an arsenal mech and taking on other mech enemies. The game also includes a four-player cooperative multiplayer mode. This one has gone under the radar a a bit, but it could end up being one of the sleeper hits of the year. Daemon X Machina launches on September 13th.

The Legend of Zelda: Link’s Awakening

Nintendo is dipping into their archives with this release, remaking the beloved 1993 game that originally launched on the Game Boy. While this remake will retain much of what made that game such a hit, it will include completely overhauled visuals that blend both old and new. It will also feature customizable dungeons that players can complete for rewards. The game will launch on September 20th.

The next installment in Nintendo’s spooky action-adventure series is finally on the horizon, being the first release since the 3DS’ Dark Moon in 2013. The game will have a more open-ended level structure compared to its immediate predecessor, as this time Luigi is exploring a haunted hotel rather than a mansion. Utilizing his updated ghost-gobbling vacuum cleaner and his slime-doppelganger Gooigi, the timid younger brother of a certain franchise is all ready for round 3. Luigi’s Mansion 3 launches on October 31st.

The last game on our list is also guaranteed to be the biggest seller for Nintendo this year, and that’s the latest installment in the massive Pokemon series. While really only being a marginal step up compared to previous games in terms of mechanics, fans are excited for this release seeing as it’s the first in the series to release on a home console. All of the Pokemon catching, training and battling will be front and center as always, only this time there’s much more impressive hardware backing it up. Sword & Shield launches on November 15th.