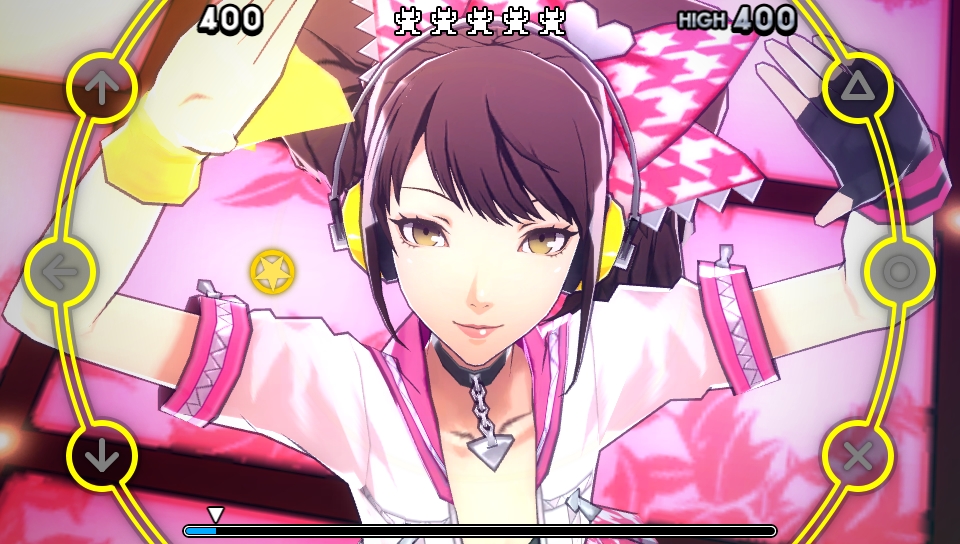 Yu Narukami, Yosuke Hanamura and the rest of the main cast of the role playing game Persona 4 is going to come back soon on PlayStation Vita in a new game called Persona 4: Dancing All Night. The new game from Atlus will play rather differently from the rest of the Persona series, as it will be a rhythm game featuring plenty of catchy tunes as well as some interesting gameplay features that will set it apart from other similar games.

As the game is quickly approaching its Japanese release date, Atlus has released a new batch of Persona 4: Dancing All Night screenshots earlier today to further promote the game. The screenshots showcase all the playable characters of the game as well as the game’s story mode. You can take a look at the new screenshots by going at the end of this post.

Persona 4: Dancing All Night will set a year after the end of Persona 4. Following the Midnight Channel crisis, a new rumor started spreading around, rumor which caused members of the J-Pop idol group Kanamin Kitchen to disappear. It will be up to Yu Narukami and his friends to enter the mysterious world of the Midnight Stage, engage in dance battles with Shadows and rescue the Kanamin Kitchen members.

Being a rhythm game, Persona 4: Dancing All Night is going to feature plenty of tracks. The soundtrack of the game has been directed by Shoji Meguro with original compositions created by Ryoka Koduka. If you love the Persona series music, you will be happy to know that the game will include plenty of remixes of songs from previous entries of the series.

Persona 4: Dancing All Night will be released on June 25th in Japan exclusively on PlayStation Vita, with a couple of special editions including extra goodies also getting released on the same day. The game has also been confirmed for North America but a precise release date has yet to be announced.