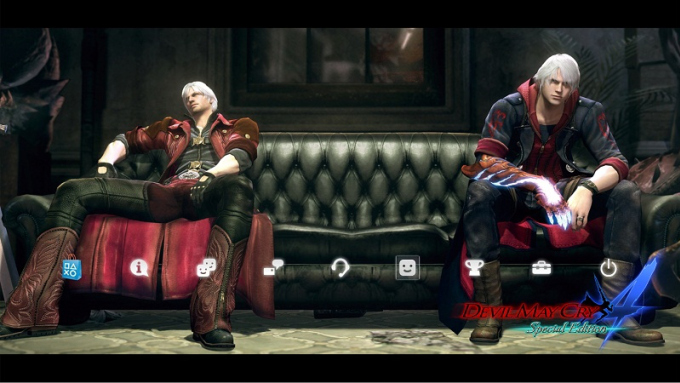 Devil May Cry 4 Special Edition, the new version of the action game developed by Capcom launching next month on consoles and PC, has finally received its Western release date yesterday, alongside more details on pricing, pre-order bonuses and more.

All those who will pre-order the new game from Capcom on PSN will receive a variety of pre-order bonuses such as the Lady Devil Marcy Cry 3 costume and the Trish Gloria costume. Also included as a pre-order bonus will be an exclusive PlayStation 4 menu theme. New images showcasing this Devil May Cry 4 Special Edition PlayStation 4 theme have emerged online a few hours ago and you can check them out by going at the end of this post.

News on the Devil May Cry 4 Special Edition North American and European release dates have started circulating yesterday, thanks to a listing on the Xbox Store for the Lady and Trish extra costumes. The June 23rd release date was confirmed officially later during the day.

The good news for all those who are eagerly anticipating Devil May Cry 4 Special Edition don’t end here today. At 4:00 PM PT, Capcom will air on its Official Twitch Channel a new livestream focused on the game, showcasing the third and final new character included in the new version of the game, Lady. The following two livestreams will focus on Dante and Nero and they will be interesting to see if the two characters have received some changes.

Devil May Cry 4 Special Edition will be released in Japan on June 18th on PlayStation 4, Xbox One and PC as a physical and digital release. A Limited Edition will also be released in Japan next month, featuring several extra goodies that no fan of the series will want to miss The North American and European release, which will launch on June 23 in North America on all formats and the following day in Europe on PlayStation 4, will be digital only releases.