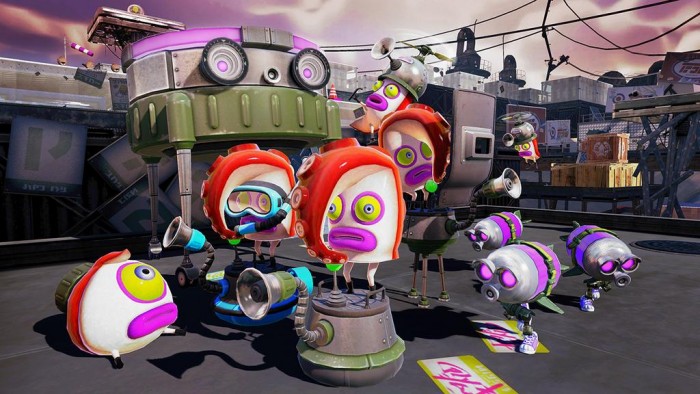 Splatoon, the third person shooter developed by Nintendo launching later this month in all regions exclusively on Wii U, is getting closer to release with each passing day so it’s not surprising to see Nintendo heavily promoting their game with new screenshots and videos.

A new Splatoon commercial called “Ink It Up” has been made available earlier today on the Nintendo Official YouTube channel. The video, which is a rather short one just like all commercials, features some really quick colorful gameplay sequences that will definitely make all fans of the game even more excited for its upcoming release. You can take a look at the Ink It Up commercial by going at the end of this post.

Players all over the world have had the chance to try out Splatoon last week with Splatoon Global Testfire. The Testfire was only available for one hour for three days but some of the players that have tried the game have recorded several gameplay sequences and made them available online. All those in Europe who have taken part in the Splatoon Global Testfire will also be able to purchase the game on the eShop with a 10% off its full price.

Splatoon is Nintendo’s take on the third person shooter gameplay formula. The game will come with a single player mode focused on exploration and platforming as well as a multiplayer mode more focused on shooting. The game will also be compatible with the new Splatoon amiibo figures, which will allow players to play through some exclusive missions and obtain items that can be used to customize characters.

Splatoon will be released in all regions on May 29th exclusively on Wii U. A Wii U console bundle including Splatoon and Nintendo Land will also be released on the same day in North America.