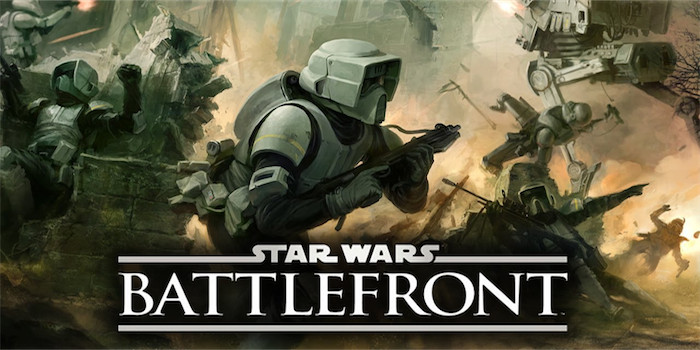 As E3 creeps closer and closer details are starting to pop up from major publishers and developers about what we can expect to see at the event. Among them is EA who gamers are especially excited to hear from looking for any new details about Star Wars Battlefront. In development by their studio DICE gamers are itching to see actual gameplay and hear what features will be in the final game. Recently DICE design director Niklas Fegraeus let fly one new feature that we can all be excited about.

In a blog post Fegraeus first announced to the world that actual gameplay footage from Star Wars Battlefront will make an appearance at EA’s E3 press conference on June 15th. That was the most exciting information he had for the gaming world however, Fegraeus also announced the game wold have an all new game mode called ‘Squadron Mode’. He followed up this reveal with a small breakdown of what ‘Squadron Mode’ will be like:

“You could see a tiny snippet of this in our trailer where you saw the Fighter Squadron mode, where you engage in huge Starfighter battles over canyons big enough to be truly epic. Then, for those not in the mood for large scale battles, we have created Missions where players can, for example, take on armies of AI or test their piloting skills. All our missions can be played either alone or cooperatively, making them perfect for some quick Star Wars action when you have a friend over.”

The original Star Wars Battlefront trailer DICE unveiled at the Star Wars Celebration did show scenes of X-Wings and Tie Fighters duking out above the surface of Endor and Hoth as ground troops fought for supremacy. Those scenes are likely what Fegraeus is talking about and it is sure to grab fans attention. Better yet ‘Squadron Mode’ should help take away the sting of all the other features DICE has said will not be included, like surface to space battles. It’s hard to be upset about a wide selection of starfighters to choose from in a game mode where you can hash it out with other players in massive space battles.

‘Squadron Mode’ is adding onto an already impressive number of vehicles that DICE has announced players will be able to get behind. That includes an Imperial AT-ST Walker that was also seen in the Star Wars Celebration trailer. Announcing ‘Squadron Mode’ now also begs the question of what else DICE has up there sleeve that they can show at E3. Thankfully we will have the answer to that question soon and in the meantime can enjoy the idea of major space and ground battles on 12 multiplayer maps.

Ace Attorney, Streets of Rage and more in Project X Zone 2
Have Fans Found Evidence of the Flood’s Return in Halo 5?