A Love Letter to Vertigo 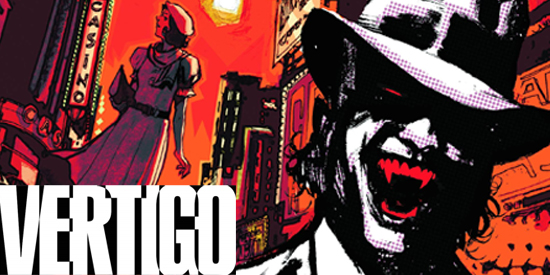 A Love Letter to Vertigo

I’m often asked whether I prefer DC or Marvel, and this is my current response:

Marvel have the better roster of characters, with more interesting back stories, better story arcs, better developed and relatable characters but both companies make horrible decisions, particularly like Marvel’s pitiful attempts to make the comics match up with their cinematic universe, which prevent me from proudly saying that I’m a fan of either… but I prefer DC.

The response I always get is: why do you list all the ways that Marvel is better and then say you prefer DC? The answer is simple:

In order to first understand why Vertigo was so back breakingly awesome we have to take a look at a little something called: The Comics Code Authority or as I would call it:

Dr. Censorship or: How I Learned to Stop The Art and Start Preaching.

The Comics Code Authority was by the Comics Magazine Association of America, which allowed comic book publishers to self regulate the content of comic books in the United States. This was done as an alternative to government regulation as the middle class were frankly… kind of frightened by comic books and the devastating impact they could have on the youths of today. The same was that radio, music, television and the internet will all turn the future generation into violent serial killers, as opposed to thinks like poor parenting, poor economy and poor standard of life due to abuse and/or bullying.

There was a lot of controversy over the obvious censorship and while many writers, such as Frank Miller, pushed the boundaries of the CCA to the point where you’d wonder  if it were even there, Vertigo just ignored it all together. The entire point of Vertigo was to publish dark, edgy material without the restrictions of the CCA and they definitely delivered with work such as: Sandman, Preacher, American Vampire, Swamp Thing as well as V for Vendetta being published under Vertigo. This is something I absolutely loved, as while there were dark and edgy comics that did ignore the CCA, the fact that DC had an entire imprint dedicated to ignoring it was pretty awesome.

Vertigo is very strongly linked to the British Invasion, which I’ve discussed a few times, as writers like Neil Gaiman, Alan Moore, Garth Ennis and Grant Morrison all came over to deliver incredible work, and were liked a great deal by Karen Berger (The Executive editor of Vertigo) for the dark, edgy and creative writing that they could bring to the table that American writers didn’t seem to have (possibly because these writers had been writing with far fewer restrictions with comics such as 2000 AD).

Vertigo has to this day some of the greatest, critically and publically acclaimed series, not only including the aforementioned Sandman, Preacher, American Vampire and Swamp Thing, but also 100 Bullets, Fables and the hugely popular Hellblazer, which became the longest running Vertigo comic ever reaching 300 issues.

Vertigo’s comics tend to have the decency to actually end when they’re done telling the story as well, which is something I like a lot due to the closure that they bring at the end of the tale. With one of the greatest line-ups of material of any comic publisher, let alone imprint, Vertigo is one imprint that you have to look into, you will not be disappointed.

Aaron GreenbaumSeptember 15, 2017
Read More
Scroll for more
Tap
An Ode to Frank Miller
Why You Should Start Reading Comics