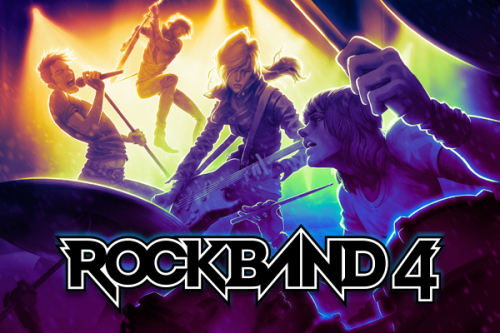 There will be no PC version of Rock Band 4, developer Harmonix confirmed. This may not be all that surprising to long-time fans of the franchise, who will know Rock Band has never been on PC. But the resurgence of PC gaming over the past few years, as well as the ever-closer launch of Valve’s Steam Machines, had many hoping Rock Band 4 would be the series’ first installment that wasn’t console-only.

Daniel Sussman from Harmonix explained to Eurogamer some of the reasons for the decision. One of them was concerns over a lack of audience on PC. “For players who want it on PC, really you’re looking at a new audience that hasn’t played before, and I don’t know to what degree there is an audience for new players who have never played Rock Band before on the PC,” Sussman said.

Sussman offered a few other reasons, but what many suspect to be the real reason that Rock Band 4 won’t be on PC is piracy. Any music game needs to maintain good relations with the rights holders of the songs it’s using, and wanting to release the game on PC, a comparatively open platform, may have strained that relationship. “There’s something comforting about the closed network that comes along with the PlayStation 4 and Xbox One. That’s important to our partners in the music industry,” Sussman said.

The issue of piracy being a reason for withholding the game from PC seems pretty silly, but maybe that’s just where the music industry is right now. It’s not as though music pirates are now going to hang up their hats, their attempts to grab some free songs foiled by Rock Band 4 only being available on consoles.

This decision was down to the music rights holders, not Harmonix. Eurogamer published an extra statement from Harmonix on the issue, who wished to clarify their position: “We’re not concerned about software piracy on PC. We have and will release games for PC. In fact, last year we released A City Sleeps for PC, Mac, and Linux. As Daniel stated, the security in question is related to licensed music in the game. PlayStation 4 and Xbox One have robust functionality in that area. It’s added security that’s handled by the platform holders.”

It’s not that surprising, really. The music industry in particular has a history of trying to fight piracy in some of the dumbest but also the most heavy-handed ways. Nobody who understands anything about the internet is going to believe releasing Rock Band 4 on PC will have any impact whatsoever on the piracy rates of the songs involved.