It’s not uncommon nowadays for video games, especially ones with a heavy focus on multiplayer, to have some level of customization, whether it be for weapons, armour and even what your player character looks like. Recently, EA confirmed that the upcoming Star Wars: Battlefront will feature customization options, but it sounds like there will be limitations.

This information was revealed on the game’s official Twitter page when a fan asked about possible customization. EA responded with “we will offer customization. That said, we won’t be letting players create purple Stormtroopers or change Darth Vader’s suit color etc.” What’s wrong with purple Stormtroopers, EA? Some people want to look fabulous when they’re gunning down their enemies.

Aside from that, we currently know nothing about what kind of customization the game will have. Will there be armour variants? Alternate costumes? At this point, it’s difficult to say, especially when one of the best kinds of customization has already been debunked (seriously, what’s wrong with purple Stormtroopers?) 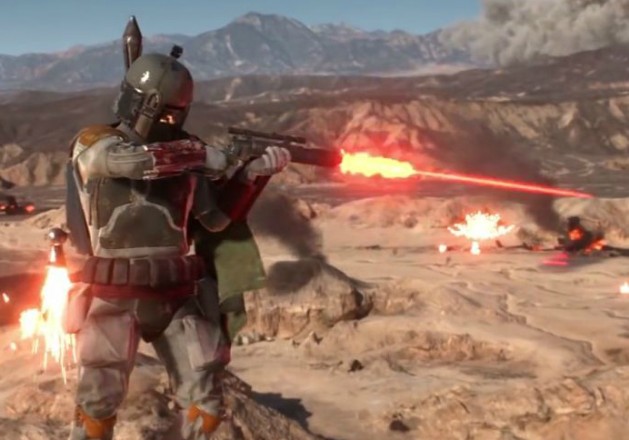 Battlefront will be developed by DICE (the company that made the Battlefield series) and is considered a reboot of the series. Despite the rather sizable fanbase, who have been hungry for a new entry for years (the last game came out in 2009 and that was a spin-off), this new title seems to have left a number of fans with a very sour taste due to the removal of popular features like space battles and talk of DLC and pre-order bonuses before showing any actual gameplay footage.

However, Star Wars: Battlefront is slated to appear at this year’s E3, a perfect time to finally show off some gameplay and give people a reason to be excited. If you’re interested, EA’s press conference will take place on June 15th at 1pm PT/4pm ET/8.30pm BST. The game itself is set to launch on November 17th for America and November 19th for Europe and will be available for the PS4, Xbox One and PC.