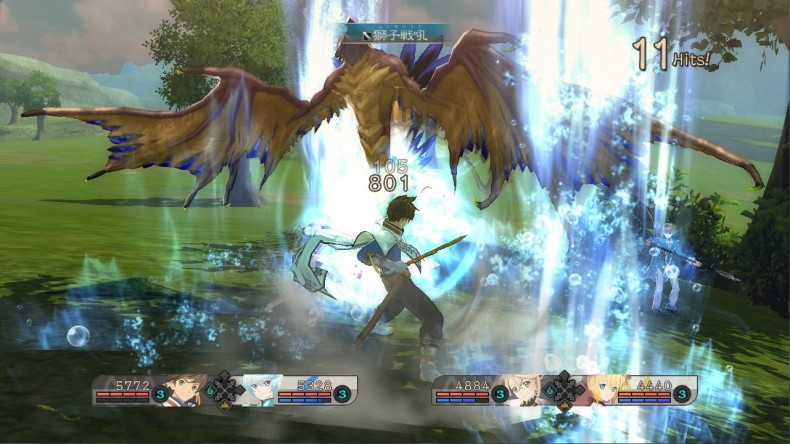 The Tales of Festival 2015 has come and gone and despite the announcement of a brand new entry of the Bandai Namco series called Tales Of Berseria, many Western fans of the series were disappointed by the lack of an announcement for the PlayStation 4 and PC versions of Tales Of Zestiria, launching later this year in North America and Europe on PlayStation 3.

Even though the announcement hasn’t come last week, more signs seem to point out toward an imminent confirmation of Tales Of Zestiria for PlayStation 4 and PC. Earlier today the Bandai Namco Singapore website has listed the game for PlayStation 4 and PC as well as on PlayStation 3. The listing, which also reveals an October release date for all versions of the game has now been removed but  Twitter user Wario64 has managed to take a screenshot that you can find by going at the end of this post.

Tales Of Zestiria would benefit greatly from more powerful hardware, as the PlayStation 3 version suffers from some technical issues as well as frame rate drops. The game is also one of the few entries of the series to run in 30 FPS during battles so it would do good for the game to be released on PlayStation 4 and PC.

Tales Of Zestiria comes with some new gameplay feature that were not included in previous entries of the series, such as more open fields to explore, a new battle system where players fight enemies right where they are encountered and more. The seamless transitions between story sequences, exploration and battles also make the experience feel more smooth.

Tales Of Zestiria has only been announced for PlayStation 3 so far, launching this Autumn in North America and Europe. The PlayStation 4 and PC versions of the game have yet to be confirmed officially but we will let you know more about them as soon as possible so stay tuned for all the latest news.