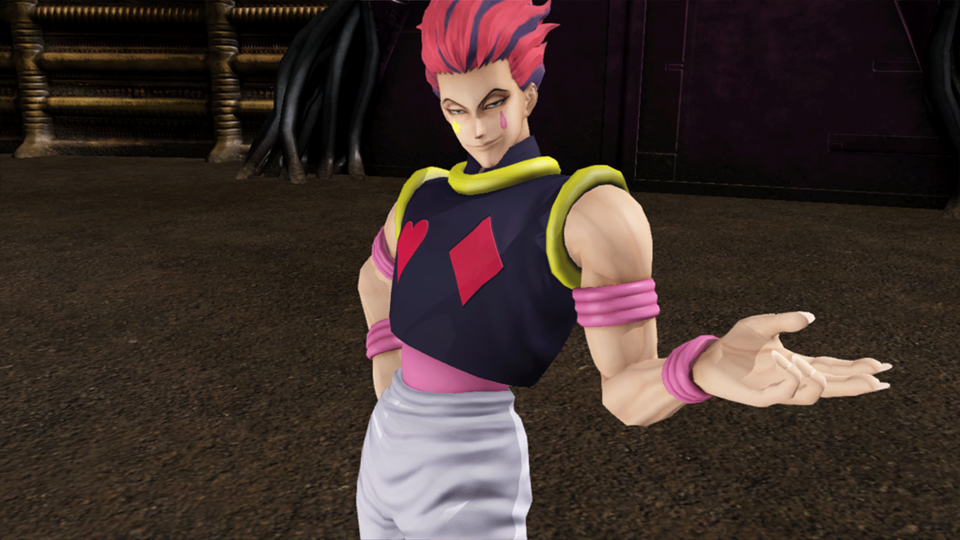 J-Stars Victory VS + is a dream come true for  fans of manga series that have been published on Shonen Jump Magazine. The game includes a really extensive character roster featuring some really popular characters such as Son Goku from Dragon Ball and Naruto Uzumaki from Naruto but also others that, while not all well known, as just as dangerous as the Saiyan warrior and the shinobi from Konohagakure.

Two new J-Stars Victory VS + screenshots shared on the Bandai Namco Official Facebook page earlier today showcase two of these not well known but lethal characters, Hisoka from Hunter X Hunter and Joseph Joestar from JoJo’s Bizarre Adventure. Of the two character, only Joseph Joestar is fully playable as Hisoka is only going to be a support character. Still, this doesn’t mean that he won’t be able to obliterate opponents with some of his signature special attacks. One of the two playable characters taken from Hunter X Hunter, main character Gon Freecs, has been showcased in a gameplay video released some time ago

A new J-Stars Victory VS + trailer has emerged online last week. The video showcased an epic match between the already mentioned Naruto and Sasuke, with both characters unleashing some powerful special attacks. The third character from the Naruto series included in the game, Madara, is also shown briefly during the video.

Two more J-Stars Victory VS + screenshots have surfaced online last week, showcasing two other powerful characters who aren’t as well known as others included in the game – Raoh from Hokuto no Ken and Toguro from Yu Yu Hakusho.

J-Stars Victory VS + will be released on PlayStation 3, PlayStation 4 and PlayStation Vita later this month, on June 26th in Europe. The game will be made available in North America a few days later, on June 30th. More screenshots and videos will surely emerge online soon so stay tuned for all the latest news on the game.