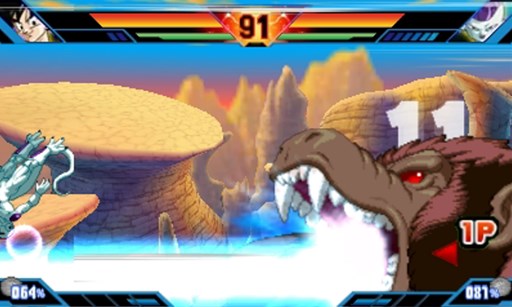 Dragon Ball Z: Extreme Butoden, the new Dragon Ball game developed by Arc System Works for Nintendo 3DS, has only been available for a few hours in Japan and new content for the game has already been announced.

To commemorate the game’s Japanese release, Bandai Namco has revealed that a new assist character is going to be made available soon. The new character, the Great Ape, will help players during matches by unleashing a really powerful attack that seems rather difficult to avoid. Some screenshots for the character have also been made available, you can find them by going at the end of this post.

While this is a rather minor addition, the announcement of a new assist character is definitely welcome, as we might be getting more assist characters in the future and even more playable fighters as DLC.

Yesterday a new Dragon Ball Z: Extreme Butoden gameplay video has surfaced online. The video, which has been taken from the demo version of the game now available for download for free on the Japanese eShop, showcases several playable characters such as Gohan, Goku, Vegeta, Majin Buu and others.

Dragon Ball Z: Extreme Butoden is now available in Japan exclusively for Nintendo 3DS. A Western release has yet to be confirmed but good news emerged on the matter earlier this week, as the Australian Classification Board has recently rated the game for an Australian release. More news on the matter might be coming next week during the E3 2015 so stay tuned for all the latest news.