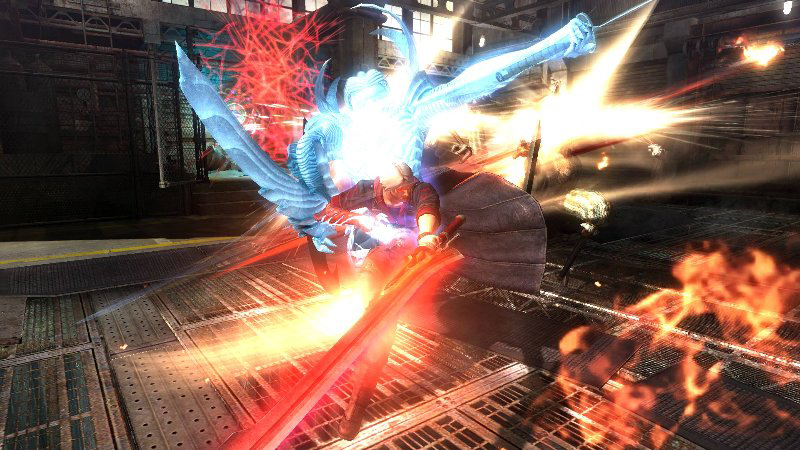 Devil May Cry 4 Special Edition, the new version of the action game developed by Capcom launching this week in Japan on PlayStation 4, Xbox One and PC, is going to include new content not found in the original release, such as three new playable characters, a new play mode and more.

Among the new content are alternate costumes for all characters, a staple of the series which was strangely absent from the original Devil May Cry 4. A new gameplay video, which can be found by going at the end of this post, showcases some of the alternate costumes for all characters, the palette swap costumes specifically. Some of these do look a bit unusual, but we can safely say that Nero does look good with the colors of standard Vergil outfit.

Last week another Devil May Cry 4 Special Edition gameplay video has surfaced online, showcasing a variety of gameplay sequences set during the game’s main story mode. Especially interesting is the Vergil footage, which is set in the Legendary Dark Knight Mode. This mode, which was only available in the original PC release, will pit players against a much higher number of enemies than in other difficulty levels.

The release of Devil May Cry 4 Special Edition is going to be really important for the series as a whole. Last week series producer Hideaki Itsuno has revealed in an interview that the series might not continue if Devil May Cry 4 Special Edition doesn’t sell enough, or that it might take a really long time to see another game of the action series.

Devil May Cry 4 Special Edition will be released in Japan this week, on June 18th, on PlayStation 4 and Xbox One as a physical and digital release. A Limited Edition is also getting released in Japan, including several extra goodies that fans of the series will surely appreciate. The game will be released on June 23rd on PlayStation 4, Xbox One and PC as a digital only release.