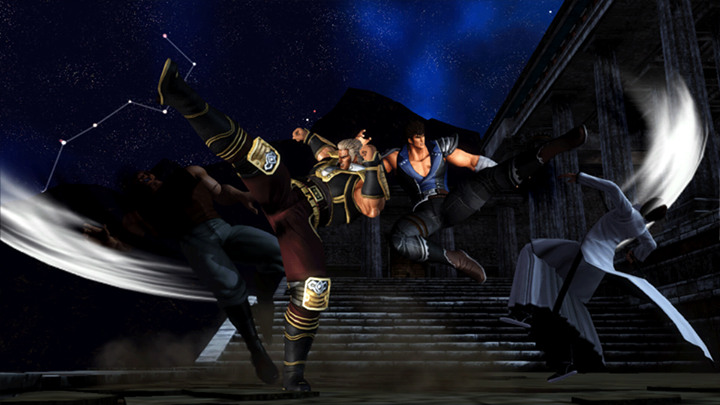 The Japanese publisher has shared a new J-Stars Victory VS + screenshot on its official Facebook page a few hours ago. The new screenshot, which can be found at the end of this post, features two characters that older manga and anime fans will surely recognize, Kenshiro and Raoh from Hokuto no Ken. The two characters will come with an incredibly powerful fighting style that will allow them to fight on the same level as other powerful fighters such as Son Goku and Vegeta from Dragon Ball and others.

Last week a new J-Stars Victory VS + gameplay video has surfaced online, showcasing a match between Meisuke Nueno from Hell Teacher Nūbē and the beautiful and deadly Medaka Kurokami from Medaka Box. The two character aren’t well known in the West but they will surely gain some new fans after the game is finally released in North America and Europe.

J-Stars Victory VS + will launch in Europe on June 26th on PlayStation 3, PlayStation 4 and PlayStation Vita. The game will be made available in North America a few days later, on June 30th, on all formats. More screenshots and videos will surely emerge online soon so stay tuned for all the latest news on the game.