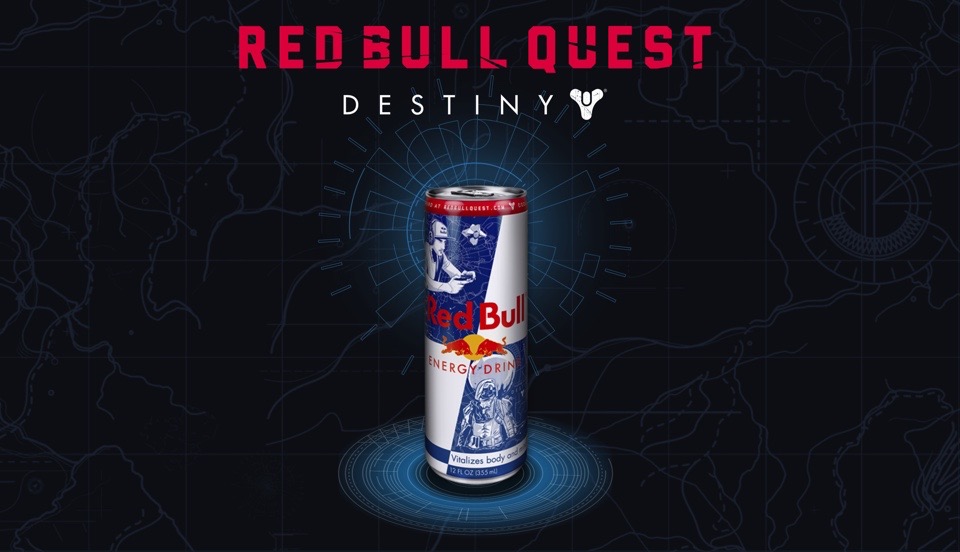 It was only a few short days ago that Bungie lit fans anger during an interview with The Taken King expansion creative director Luke Smith at Eurogamer. During the interview Smith defended the price and exclusive content of the expansions legendary edition saying “if you saw it you would throw money at the screen” Alienating Destiny’s most loyal players, today they made the problem worse in fans eyes with the announcement of a deal with Red Bull.

Bungie & Activision announced in a press release they’ve made a special deal with Red Bull to release an exclusive “never-before-seen, multi-stage mission in [upcoming expansion] The Taken King that will test the speed and strategic abilities of Destiny players in new ways.” Those specially marked cans will also include a code for XP booster that lasts 30 minutes. They added that the content will remain a Red Bull exclusive from September 18 to December 31.

Basically Activision and Bungie are telling their loyal fans to get all of the content in the upcoming Taken King expansion they will have to pay $80 for the Legendary edition and $4 for a taurine filled energy drink. All so they can get a hold of content to fill in a game that has felt empty since it first released. 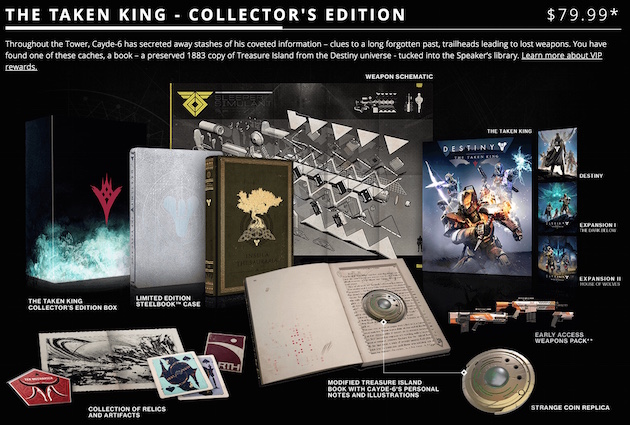 Destiny players have been itching for more to do so the game wouldn’t feel like an empty shell and now pieces of what they asked for are being spread out all over. It makes it worse when that content is being shoved onto an energy drink of all things. That’s worse than DLC, its forcing players to buy something they may not even want to get content in a game that launched with almost none.

If locking content on an energy drink can wasn’t bad enough for fans, a flier has started circulating that was supposedly handed out to company employees. You can see the flier below, but an important quote to take away from it is: “Destiny consumers are used to paying a premium for downloadable content similar to this quest” We can’t be sure the flier is real but either way it does drive home the way Bungie seems to feel about their fans. 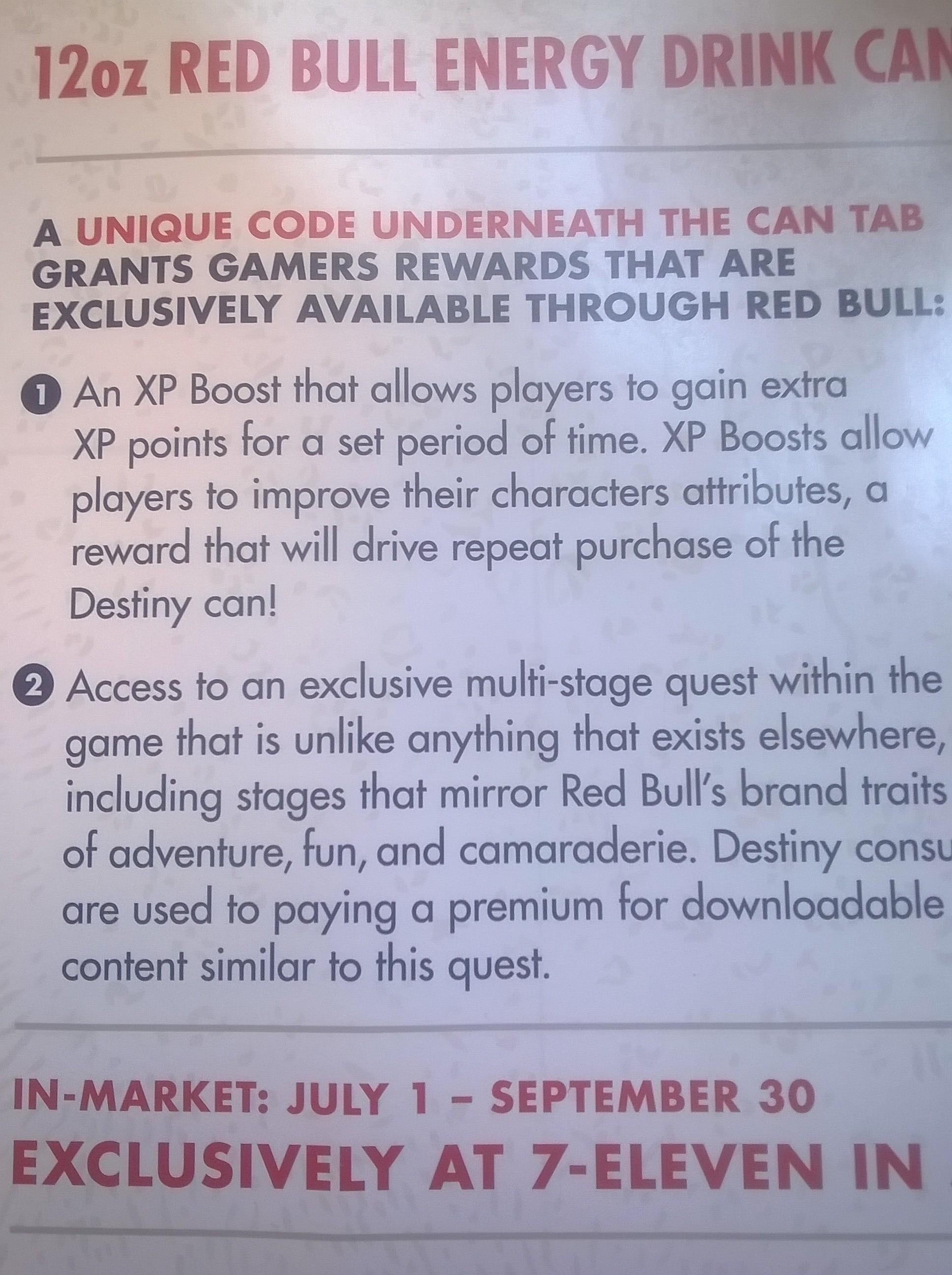 The Red Bull deal and the Luke Smith interview drive home gamers feelings that Bungie sees them as a way to make money not as fans. Bungie needs to rethink how they interact with their fans or risk lose them forever.