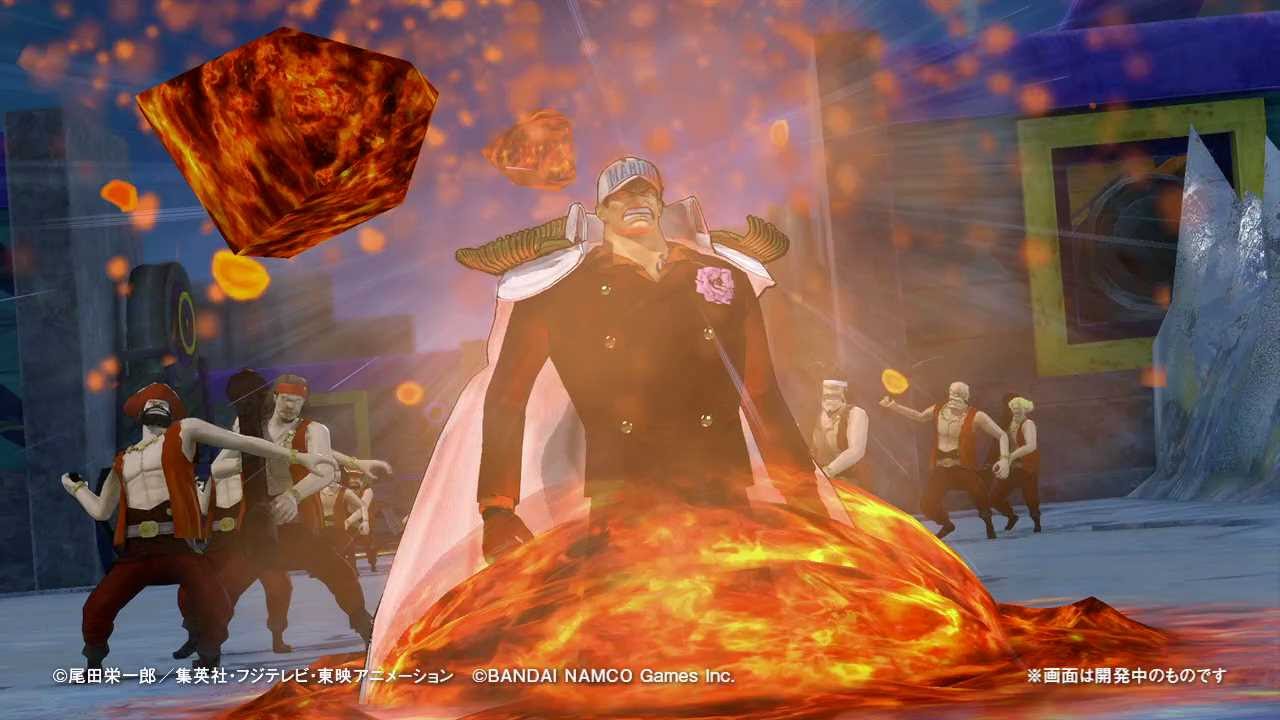 One Piece: Pirate Warriors 3, the new entry of the series based on the popular manga series created by Eichiro Oda, is going to feature the biggest character roster of the series, including characters that have appeared quite a bit in the manga and others who haven’t. Among the latter category is Akainu, one of the main villains of the game who has become even more important in the One Piece world following the time skip.

In a new interview with Siliconera, producer Koji Nakajima has revealed that creating Akainu for the game has been particularly difficult due to the fact that he has appeared very little when compared to other characters. Mr. Nakajima revealed that the team watched the show to observe how he moves and later put together a rudimentary moveset that has been updated and expanded as they discovered something new.

Exactly one month ago a new One Piece: Pirate Warriors 3 screenshot has been shared online by the publisher Bandai Namco. The screenshot showcased series main character Monkey D. Luffy as he dealt with a horde of generic enemies and one of the first powerful pirates he meets at the beginning of his journey, “Iron Mace” Alvida.

One Piece: Pirate Warriors 3 includes some new features not found in previous entries of the series, such as the Kizuna mechanics, which allow players to summon other characters in battle to perform powerful combination attacks, battles against giant bosses and more. The character roster has also been expanded with new playable characters, new combos and techniques for returning characters and more.

One Piece: Pirate Warriors 3 will be released on PlayStation 4, PlayStation 3, PlayStation Vita and PC on August 25th in North America and on August 28th in Europe, Middle-East and Australia. More on the game will surely emerge as we approach its Western release date so stay tuned for all the latest news on the new game starring the Straw Hat Crew.