You Can’t Play As A Woman In Zelda: Tri Force Heroes Because Of A Prophecy 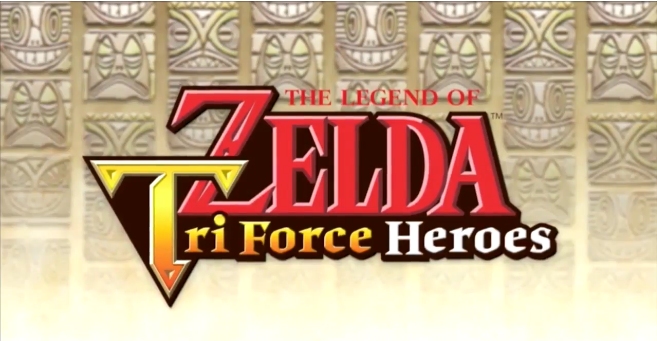 You Can’t Play As A Woman In Zelda: Tri Force Heroes Because Of A Prophecy

The Legend Of Zelda: Tri Force Heroes will feature three versions of Link as playable characters (green, red, and blue). The upcoming 3DS title will not allow players to choose a female character, much like the rest of the Legend Of Zelda series. Game director Hiromasa Shikata explained the reason for not including a female playable character in Zelda: Tri Force Heroes to IGN – it’s because of a prophecy.

“The story calls for this sort of legend/prophecy where heroes will come together to help solve a problem,” Shikata said. “And in that, they are male characters. So, because the game is set with that as the story background, you cannot choose a gender; you are a male character.”

That seems like pretty poor reasoning. Nintendo had no choice but to force the player to be male because the hero in The Legend Of Zelda: Tri Force Heroes has to be male because of a prophecy written by Nintendo? They could have written that prophecy any way they liked. C’mon, Nintendo.

When pressed further, Shikata tried to justify the decision.

“We do have a lot of female staff members who are playing this game and enjoying it. It doesn’t seem to be a big issue to them. They still are getting emotional investment in this game. And to be honest, Link isn’t the most masculine of guys in the world, depending on how you want to project yourself into the character.”

So it’s totally fine as long as there are women in the Nintendo office that like the game and Link isn’t overly masculine? That seems like a strange answer, especially considering Link can actually wear Zelda’s dress in the game.

In all seriousness, Nintendo has faced criticism in the past for continuously sticking to male protagonists, particularly in the Zelda games. Tri Force Heroes is just the latest in a long list of games to which Nintendo could easily have added female playable characters, but for whatever reason chose not to.

To be clear, nobody is criticising the quality of Nintendo’s games. The Zelda series is fantastic, and there’s absolutely no question that Nintendo knows how to make a great game. But would it really be so hard to include a female playable character?