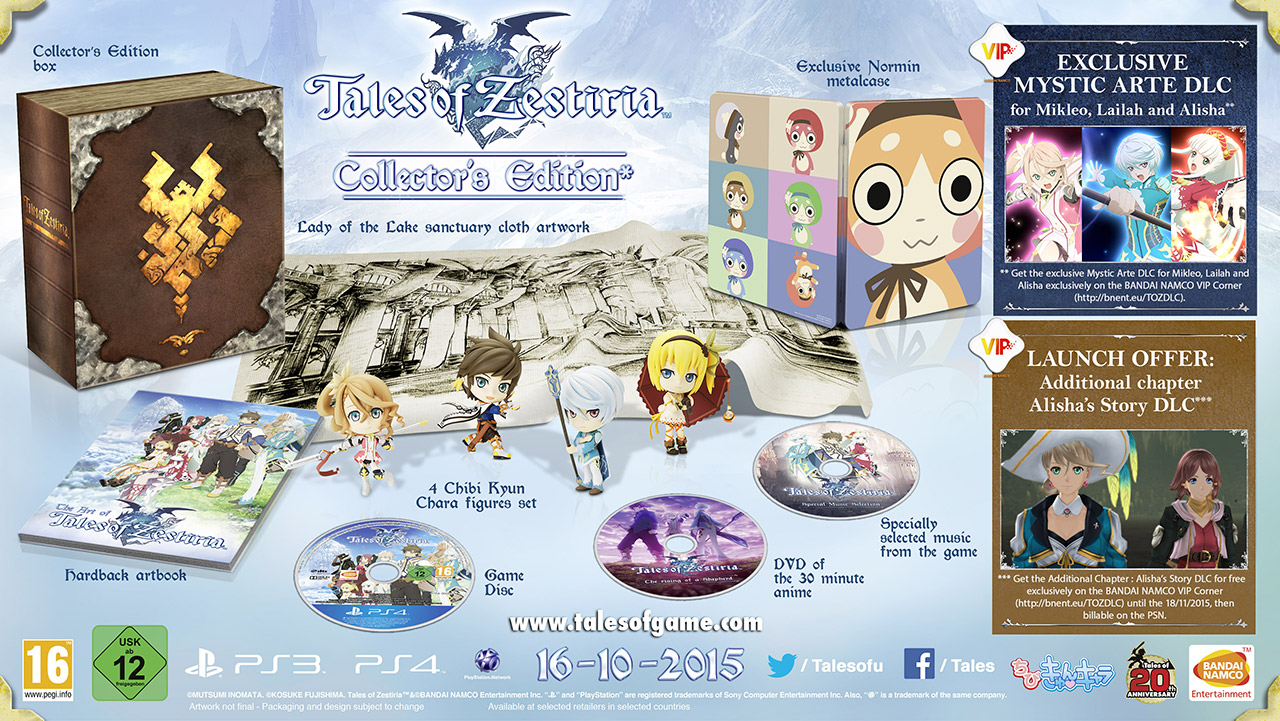 Tales of Zestiria, the new entry of the Tales of series launching this October in North America and Europe it’s taking a few months to be released West, as the Japanese version has been released this January, but the wait is going to be worth it, with the game also launching  on PlayStation 4 and PC as well as on PlayStation 3 like the original Japanese release.

Earlier today Bandai Namco has revealed one more thing that will make the wait for Tales of Zestiria easier to bear. On its Official Tales of blog, the publisher has revealed that Tales of Zestiria will be receiving a Collector’s Edition in Europe, which will include a copy of the game and a variety of extra goodies such as 4 Chibi Kyun Chara figures, Lady of the Lake sanctuary cloth artwork, hardback artbook, 30 minute anime DVD, selected soundtrack from the game, exclusive Normin metalcase and Collector’s Edition box. 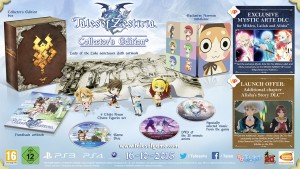 Bandai Namco has also confirmed that all those who will purchase the game at launch will be able to get a few exclusive DLC packs which will include the cameo Mystic Artes for Mikleo, Lailah and Alisha as well as the Alisha’s Story DLC. 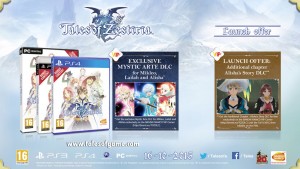 These DLC packs won’t be the only ones that will be available as pre-launch bonuses. Pre-ordering the game by participating retailers will allow players to get classic Tales of characters Weapons and Costumes DLC packs. These bonuses will also be available as pre-order bonuses for digital pre-orders. 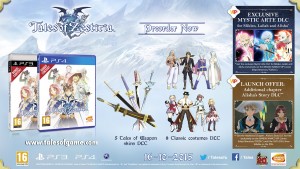 Finally, Bandai Namco has also revealed that the Steam version pre-order bonus content is going to depend on the amounts of pre-orders. If the final milestone is reached, all those who have pre-ordered will receive all the different DLC packs detailed above as well as Tales of Symphonia HD, which will be released on Steam sometime next year.

Tales Of Zestiria will be released on PlayStation 3, PlayStation 4 and PC this October in North America and Europe. More news on the new versions of the game will surely be coming soon so stay tuned for all the latest news. If you want to check out some gameplay footage, you can take a look at some E3 2015 gameplay videos showcasing the game’s battle system and more.