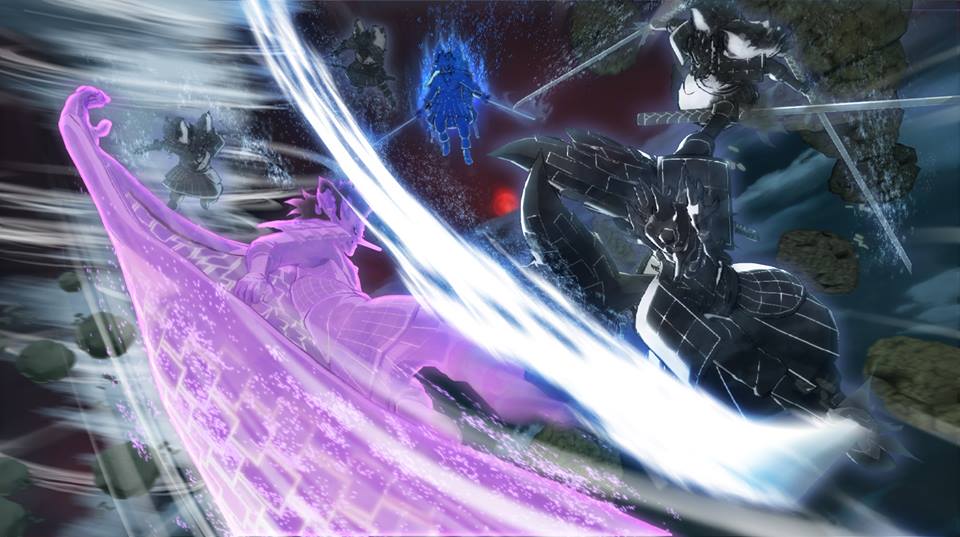 The last few days have been really good days for fans of Naruto Shippuden: Ultimate Ninja Storm 4, the upcoming new entry of the series launching on a yet to be confirmed release date this Autumn on consoles and PC, as a new trailer and several gameplay videos have emerged online thanks to the Japan Expo 2015, which is being held in Paris, France.

If all these new Naruto Shippuden: Ultimate Ninja Storm 4 videos aren’t enough for you, you will be happy that some new screenshots showcasing some beloved characters such as Naruto, Sasuke and Sakura have been shared online by the Famitsu official website. You can check these new screenshots out by going at the end of this post.

Yesterday Bandai Namco has also confirmed that Europe will be getting a Naruto Shippuden: Ultimate Ninja Storm 4 Collector’s Edition which will include a variety of extra goodies such as the Naruto x SasukeFuturePack Metal Case, the Sasuke Metal Plate, the Naruto Uzumaki (THE LAST) 17cm Figurine and the exclusive Storm Memories Artbook as well as several DLC packs including new characters and special costumes from The Last movie. These DLC packs are also getting offered as pre-order bonus for the regular edition of the game, with some of them such as the Boruto and Sarada DLC character being pre-order exclusive, as they apparently won’t be sold at a later time.

Naruto Shippuden: Ultimate Ninja Storm 4 is going to be released sometime this Autumn on PlayStaion 4, Xbox One and PC. Even though details on pre-order bonuses and Collector’s Edition have been shared, the game still lacks a precise release date for all regions. We will keep you updated on the matter as soon as more comes in so make sure to keep checking us to learn when Naruto Shippuden: Ultimate Ninja Storm 4 will finally be released in all regions.