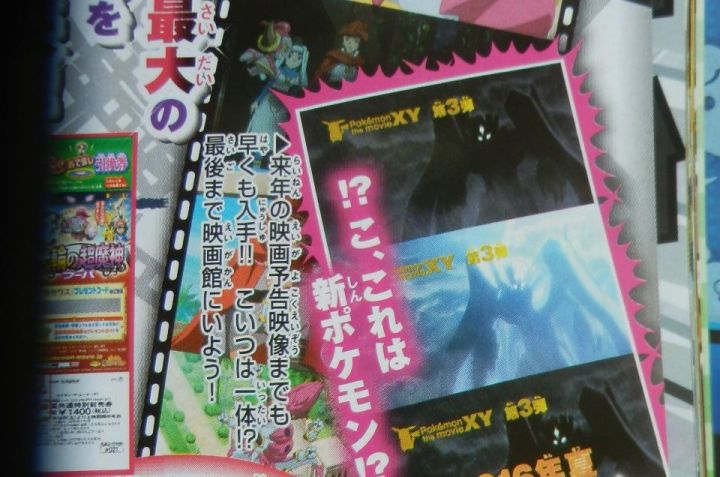 A teaser image for a brand new Pokemon has leaked from the upcoming CoroCoro magazine (via Serebii). It doesn’t fully show the new Pokemon, but it does give us a silhouette – kind of like the old “Who’s That Pokemon” game. The promotional image doesn’t resemble any currently existing Pokemon, indicating a brand new Pokemon will be introduced in the next movie.

The image in CoroCoro was taken from the upcoming movie’s trailer, which is set to be released in Japan. It’s by no means confirmation that a new Pokemon is coming to the screen, or indeed the games, but it’s certainly a strong indication. It’s not clear exactly what this new Pokemon will be, but some think it might be a new form for Zygarde, the main legendary Pokemon featured in the upcoming Pokemon Z. Others think it might be a new Mega version of an existing Pokemon, while some think it’s an entirely new Pokemon altogether.

If it is truly a new form for Zygarde, that might be an indication that the release of Pokemon Z isn’t too far off. The movie will release in Japan in early 2016, so Nintend0 may be planning to release the next game alongside the movie. In the meantime, the world of English-speaking Pokemon fans will get to see the western release of Hoopa And The Clash Of Ages, which will air on Cartoon Network in the US this year.

Pokemon X and Y were released in 2013, which is a long time ago considering Pokemon Z still hasn’t even got an official release date. Pokemon games are traditionally released in pairs, with a slightly expanded third version released not long after. Pokemon X and Y introduced a ton of new features to the series, including Mega evolutions, the fairy type, and fully 3D graphics. Fans are awaiting the release of Pokemon Z with baited breath.