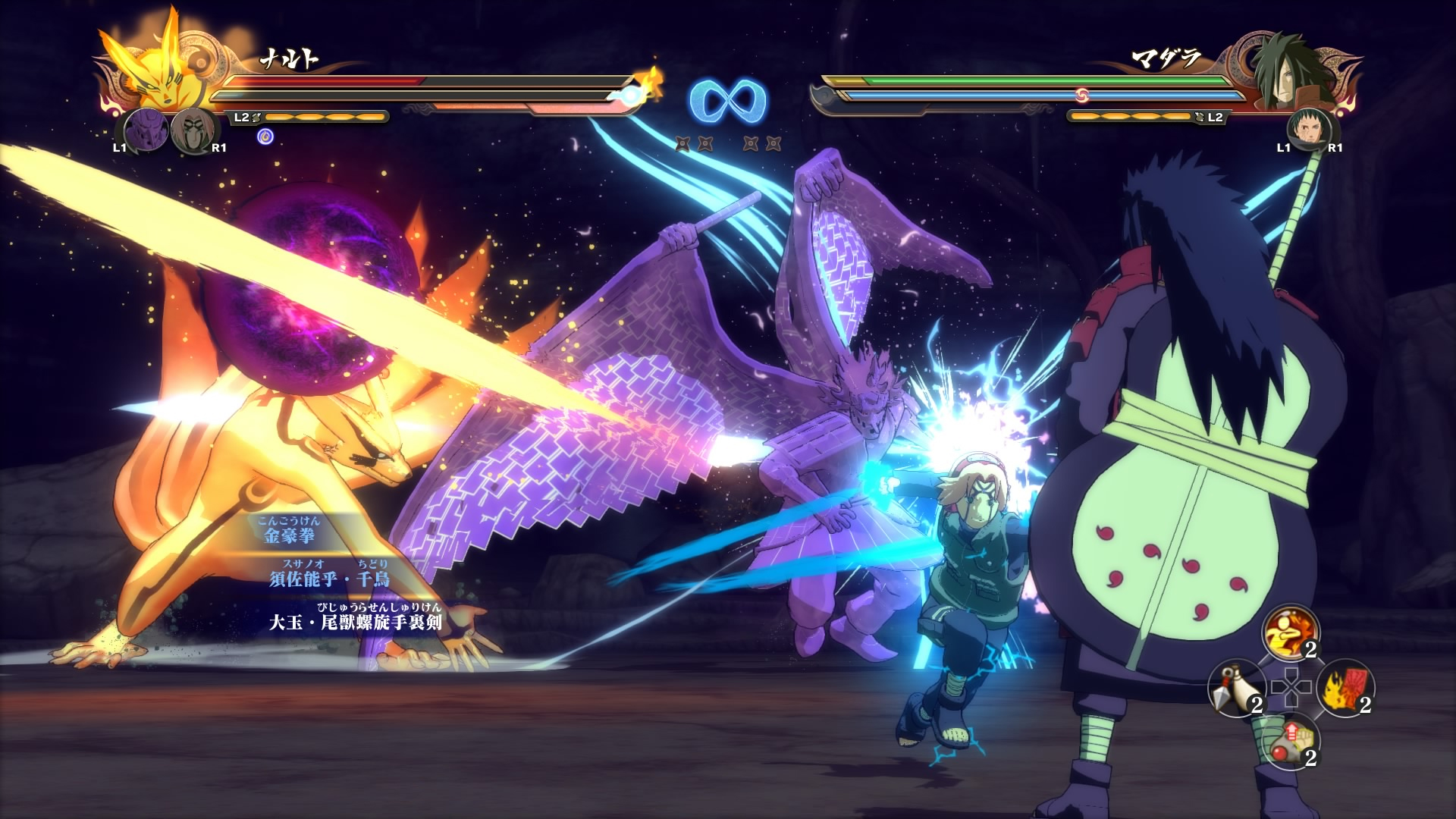 One of the more interesting new features of the upcoming Naruto Shippuden Ultimate Ninja Storm 4 is the Team Awakening mechanic, which will allow players to awaken their full team once the Storm Gauge has been filled and continue using them as support. This mechanic will open up quite a bit of interesting battle possibilities.

This new Naruto Shippuden Ultimate Ninja Storm 4 mechanic has been revealed last week by the Japanese magazines Shonen Jump and V-Jump, with both magazine also including a couple of new screenshots. The Team Awakening screenshots published on these magazine have now been made available in high quality online and you can find them right below.

Last week other Naruto Shippuden Ultimate Ninja Storm 4 screenshots have surfaced online, showcasing Kaguya and the unique Dimension Change ability which will allow the character to alter the battlefield and jutsu.

More details on the Naruto Shippuden Ultimate Ninja Storm 4 Story Mode have emerged online a few days ago thanks to a new interview with Hiroshi Matsuyama, CyberConnect 2 president. Mr. Matsuyama revealed the total length of the game’s Story Mode and has also talked about a rather controversial aspect of the upcoming game, the pre-order exclusivity of Boruto and Sarada, characters taken from Boruto: Naruto the Movie.

If you haven’t been following all of the news on Naruto Shippuden Ultimate Ninja Storm 4 but still want to learn all there is to know on the game, you may want to check out a video which details gameplay features and controls. The video has been shared before the Team Awakening reveal so this feature is not explained in the video.