Ground Zeroes May Have Foretold Kojima’s Split With Konami 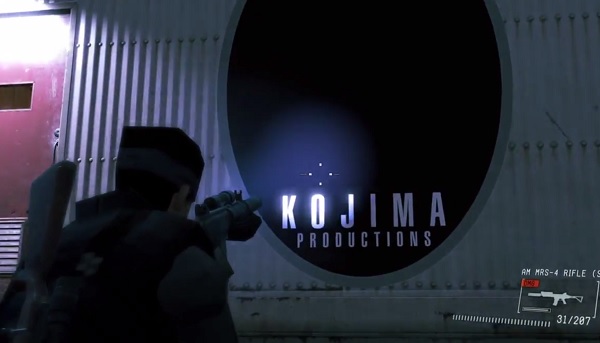 Ground Zeroes May Have Foretold Kojima’s Split With Konami

The video, uploaded by timesplitter88, shows a playthrough of “Deja Vu,” an expansion pack for Metal Gear Solid V: Ground Zeroes. There’s a mission in that expansion that sees Snake return to his original form to explore what’s left of Camp Omega. In that camp, there’s a warehouse labelled “Kojima Productions,” an obvious reference to Kojima’s production company. Snake goes on a hunt through the camp to find all the references to Kojima-led Metal Gear Solid titles.

Equipped with a flashlight, Snake makes all of the labels disappear by shining a light on them. What’s interesting is that shining a light on the titles that weren’t led by Kojima has no effect. Shining a light on, say, Metal Gear Acid, will result in Kaz saying over the intercom, “Looks like nothing special.” When all of the Kojima-related labels have been removed, the mission is complete and Kaz congratulates you. But then there’s another message.

“You did it. You’ve erased all the markings. But every one of them will always be with you.” Once that message has played, we hear Hideo Kojima himself grace us with his voice. He says, “You seem to be a fan of Hideo Kojima games…. Thank you for all your support!”

This could just have been Kojima letting his fans know he’s thankful for their support over the years, but the way the mission requires players to erase all Kojima references is eerily similar to what’s actually gone down with Konami over the last few weeks. Konami recently had all references to Hideo Kojima removed from the cover of the upcoming MSG game, Metal Gear Solid V: The Phantom Pain. Perhaps Kojima saw this coming a long time ago.