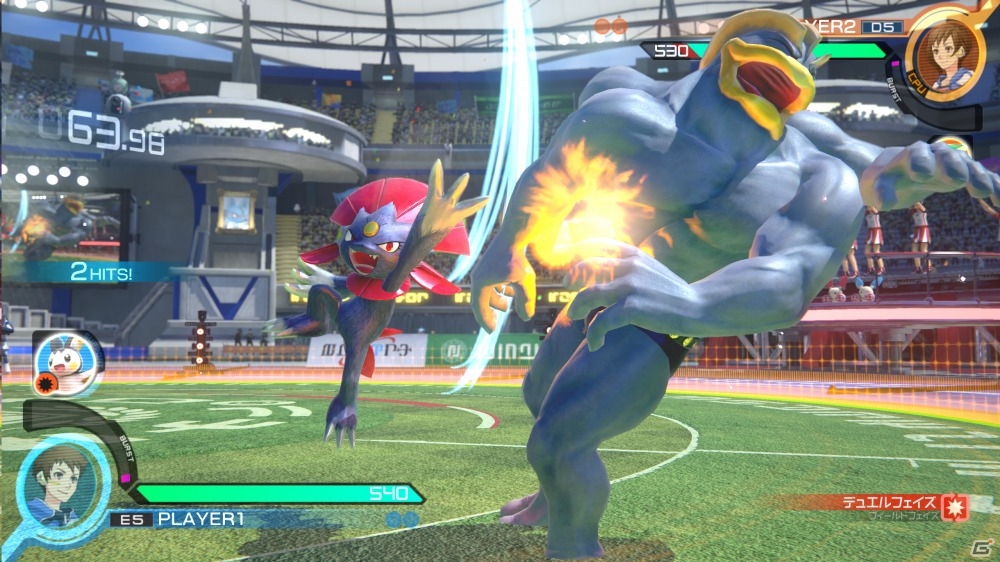 The Pokemon arcade fighting game Pokken Tournament developed by Bandai Namco has been recently released in Japanese arcades and, despite the hige popularity of the Pokemon franchise, no Western release date has been confirmed. The team talked about a possible release in North America and Europe but nothing has been officially confirmed so far.

Last week some new Pokken Tournament gameplay videos have surfaced online showcasing two matches, one between Charizard and Pikachu and another between Gengar and Weaville. Another gameplay video featuring English subtitles has been made available earlier this month, showcasing several playable characters and gameplay sequences. The fact that such a video has been made available hints at the fact that Nintendo and Bandai Namco are seriously thinking about releasing the game in North America and Europe in the future.

Even though Pokken Tournament has only been released in Japan, it’s already been confirmed that more playable characters will be made available in future updates. The first new characters, Blazinken, will be made available sometime during August. This addition isn’t exactly surprising, as the Pokemon has been shown fighting Lucario in the game’s first teaser.

Pokken Tournament is now available in Japanese arcades. Unfortunately there are no solid news on a possible Western release of the game or a home console port. We will keep you updated on the game as soon as more comes in on it so stay tuned for all the latest news on the first true Pokemon fighting game.