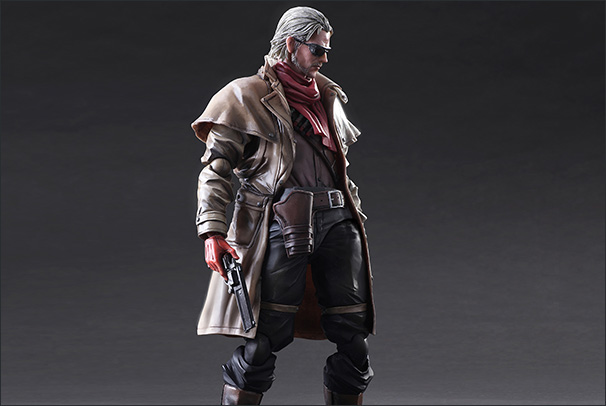 Among the many items inspired by the new stealth game by Hideo Kojima releasing in the near future is one really beautiful PlayArts Kai figure representing Ocelot. Today Konami has confirmed that the figure will be released in Japan during October 2015 for the price of 12,800 yen. You can check out some images of the figure right below.

More on Metal Gear Solid V The Phantom Pain is going to be coming soon. Next week the game will be available in playable form during Gamescom 2015, which will be held in Cologne, Germany. Another gameplay presentation focused on the Mother Base features is also going to be released soon, as Hideo Kojima himself showed some picture taken during the actual production of the presentation a few days ago.

Last week the download sizes for the Metal Gear Solid V The Phantom Pain PlayStation 3 and PlayStation 4 versions have been revealed by the Japanese PlayStation Store. The download size for both versions is much smaller than the ones for other recent big releases so it shouldn’t take too long for fans to download the full game from PSN.