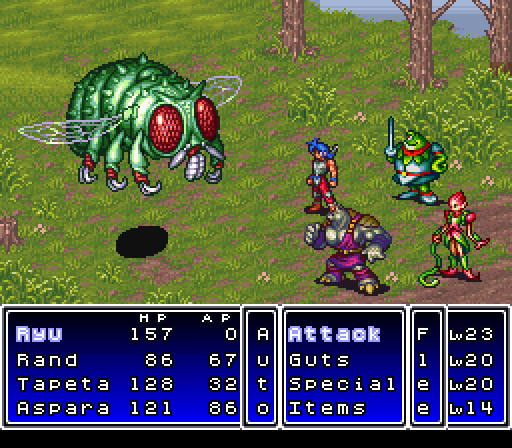 The 16-bit and 32-bit eras are remembered by Japanese role playing game fans as the golden eras for the genre. Several Japanese publishers had their own role playing game series, offering unique twists to the usual gameplay formula. Among these series was the Breath Of Fire published by Capcom. Just like other beloved JRPG franchises, the Capcom series had faded into obscurity following the fifth entry of the series released on PlayStation 2 years back. A Breath Of Fire 6 is going to be released as a smartphone game but it’s definitely not what fan expected. We don’t know if we will ever get a new proper entry of the series but something that happened today seems to hint that Capcom might be doing something with their franchise in the future outside of Breath Of Fire 6.

Earlier today the Japanese publisher has launched a brand new Breath Of Fire series website. The website includes information on all of the entries of the series, starting from the original Breath Of Fire and ending with the smartphone game Breath Of Fire 6. If Capcom considered the series dead and buried it wouldn’t make much sense to launch such a website so let’s hope something is indeed brewing for the Breath Of Fire franchise.