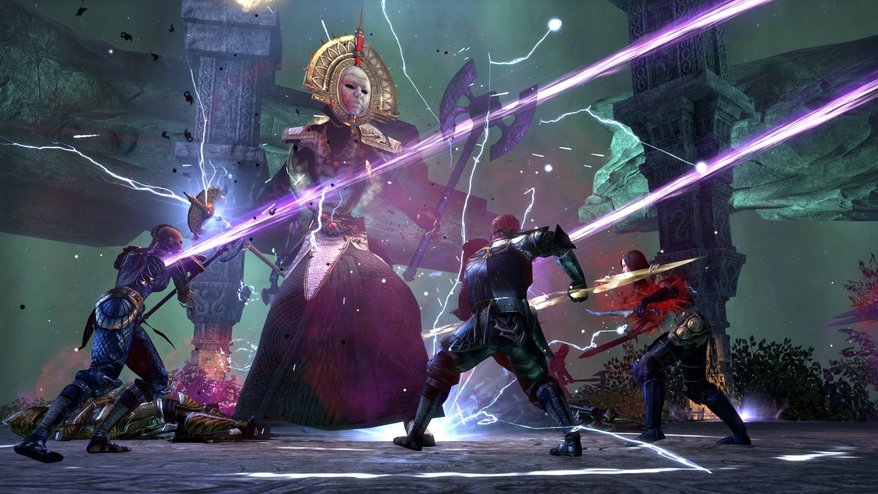 The Elder Scrolls Online Tamriel Unlimited, the MMORPG based on the Elders Scrolls series now available in all regions on consoles and PC, has been released a few months back on consoles and the game hasn’t suffered from any major issue as other high profile games did in recent times. Still, the game does have a few issues on all formats and developer Zenimax has been released patches to address them. The PlayStation 4 version of the game has received a new patch, which should address some of the issues that have been plaguing this version of the game.

Developer Zenimax has confirmed a few hours ago that the new The Elder Scrolls Online Tamriel Unlimited PlayStation 4 update is now available for download. The update, which is around 250 MB big, includes some improvements that should reduced the frequency of crashes. As it is for other games, the download size will be bigger if you haven’t downloaded any of the previous updates released for the game.

Late last month The Elder Scrolls Online Tamriel Unlimited has received another patch on consoles. This patch introduced several tweaks and changes to the game such as a craftable Experience Points booster, limited scaling and battle leveling consumables, gameplay, crafting and UI tweaks and more.

The Elder Scrolls Online has been originally launched with a subscription model like several other MMORPG, with players being able to purchase subscriptions for 30, 90 and 180 days. Earlier this year, however, the game’s subscription model has been removed, something that did make the game more popular than ever, with more players starting adventuring on Tamriel.

The Elder Scrolls Online: Tamriel Unlimited is now available for PlayStation 4, Xbox One and PC in all regions. We will keep you updated on the game’s future patches and DLC packs as soon as possible so stay tuned for all the latest news.