Nintendo Files Patent For Console With No Disc Drive 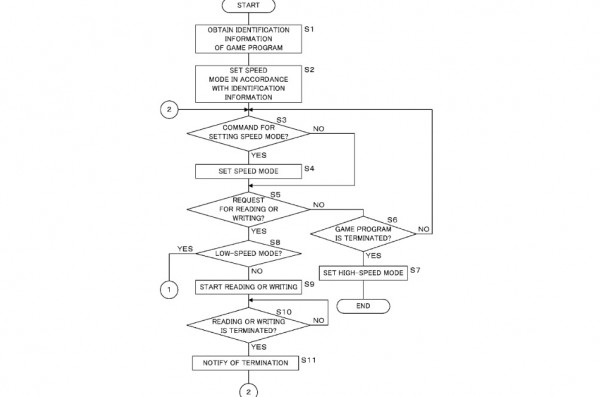 Nintendo Files Patent For Console With No Disc Drive

Nintendo has filed a patent application for a “stationary game console” with no optical drive, indicating its upcoming NX console will not include a disc drive. It would instead presumably focus on storing games and other content on its internal hard drive or on external hard drives. It would mean a considerable departure from the console norm, which has always relied heavily on physical media like discs or cartridges.

The patent also includes details of a controller that has a “display unit,” indicating this potential console would feature a Wii U-like gamepad. Some are speculating that this may not be for the NX at all, but rather for a stripped-down, cheap version of the Wii U to be released just at the end of the console’s life-cycle (much like the Wii Mini). Of course, the lack of a disc drive could also be an indication of a return to cartridge-based gaming.

Of course, this new patent could all amount to nothing. Companies like Nintendo file for patents all the time and they often never come to fruition. As an example, according to Destructoid, Nintendo filed a patent for a horseback-riding peripheral for the Wii back in 2009, but no such device has ever seen the light of day. Back when there were rumours of a discless Xbox One, things didn’t go down well for Microsoft, so Nintendo may be hesitant to test those waters.