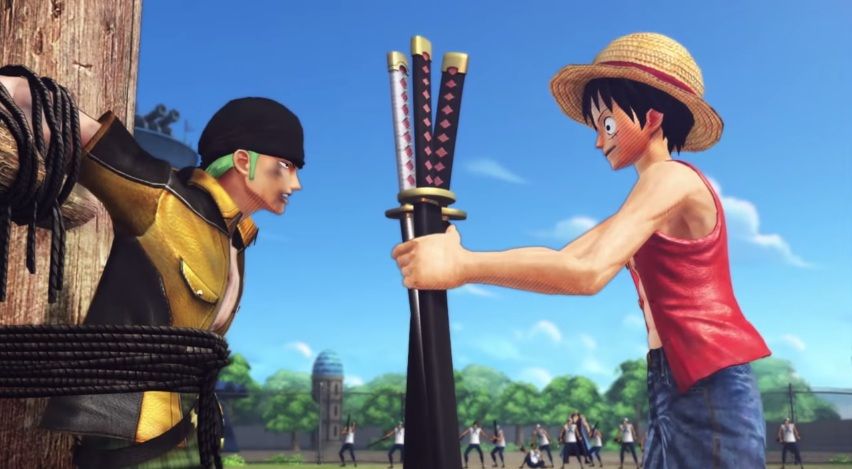 Being one of the more popular anime and manga series of recent times, it’s not surprising that several One Piece games have been released in the past few years on a variety of formats. Some of the games are actually quite good titles while others leave something to be desired. Among the best One Piece games are the One Piece Pirate Warriors titles developed by Omega Force, the team behind the Dynasty Warriors series and several of its spin-off titles. The series manages to capture the spirit of the manga and combine it nicely with a gameplay experience inspired by the Dynasty Warriors games. The third entry of the series is now finally available in North America and Europe, allowing fans of the series to explore new locations and fight enemies found in the New World as well as relive other central events of the original story.

Unlike the previous entry of the series, One Piece Pirate Warriors 3 main campaign is based on the manga story, staring from the beginning of Luffy’s journey until the Dressrosa arc. This arc’s events, unfortunately, are slightly different than in the manga as development ended before some of the arc’c major events happened in the manga. But this is only a minor complaint, as all the other arcs are represented quite faithfully in the game, with comic-book style cutscenes narrating events before and after missions.

Gameplay wise, One Piece Pirate Warriors 3 basically features the same gameplay experience of its predecessors with a few noticeable improvements, such as the Kizuna mechanics which allow characters to unleash some powerful combos not available normally and summon another character for a limited amount of time as support. Thanks to the Kizuna mechanics, players are also able to unleash powerful combination attacks that will utterly obliterate all generic enemies in the vicinity. And players will be fighting plenty of these generic enemies in One Piece Pirate Warriors 3, as the total number of enemies on screen is much higher than in previous entries so expect to see your total kill number to be quite high at the end of each mission.

In addition to the main campaign, One Piece Pirate Warriors 3 also features a Dream Log mode where players will be able to play through a variety of stages represented as islands on a grid-like map to unlock boss battles and playable characters. This addition is a really good one that manages to break a little the monotony of the main campaign progression, which stays the same from beginning to end: introduction cutscene, battle and ending cutscene.

Speaking about the character roster, One Piece Pirate Warriors 3 features a really varied cast. All Straw Hats as well as Trafalgar Law, Smoker, Tashigi, Aokiji and a few others also come with pre and post time skip variations featuring slightly different movesets, making the roster feel even bigger and more varied. All returning characters have also been expanded with new combos and all new characters are incredibly fun to use. Rob Lucci and Gekko Moriah are especially well done but even others that haven’t appeared that much in the story as of now, such as Shanks, are also quite fun to use despite having an almost completely made up moveset for obvious reasons. Coins and Skills also make a comeback in One Piece Pirate Warriors 3, giving players some customization options.

Despite featuring so many gameplay improvements, One Piece Pirate Warriors 3 still suffers from the same issue found in previous entries of the series: repetition. While it’s true that characters have varied movesets, it’s also true that you will be doing basically the same thing over and over: explore stages made up of corridors and bigger rooms, fight generic enemies, generals and bosses. Generic enemies are just as dumb as ever and rarely attack you, generals are a bit more aggressive but they still pose no threat. Boss battles are definitely more interesting but they are not as deep as in other action games. Dream Log mode manages to alleviate these issues slightly thanks to the variety of events included in the mode, but it still won’t take long for the game to get tiring due to the excessive repetition. Online play being limited to the main campaign does little to improve the situation as well. This is in the nature of the Dynasty Warriors spin-offs so all those who have played similar games before won’t be surprised by this.

Graphically, One Piece Pirate Warriors 3 looks quite good on PlayStation 4. All cutscenes are done in a comic book style and fit the game perfectly and all character models and locations, while not the best looking on PlayStation 4, are detailed enough. The game also runs great, with hardly any frame rate drop even with a lot of enemies on screen. Honorable mention also goes to the PlayStation Vita version performance. While this version doesn’t include the higher number of enemies found in the PlayStation 4 release, One Piece Pirate Warriors 3 runs great on Sony’s handheld console, with only minimal frame rate drops in more hectic sequences that don’t get in the way too much.

Everything considered, One Piece Pirate Warriors 3 is without a doubt the best entry of the series and one of the best Warriors game ever released. The varied character roster, main campaign and Dream Log mode make it a worthwhile purchase for all One Piece fans. The game is still a Warriors game at heart so it suffers from the same issues plaguing other games, the excessive repetition most of all, so those who don’t like these games will not be changing their opinion with One Piece Pirate Warriors 3.