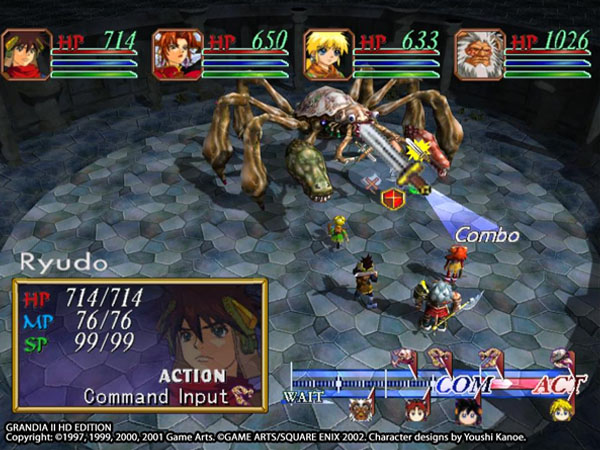 The classic role playing game Grandia II, originally released years ago on SEGA Dreamcast and later ported to PlayStation 2, has been recently released on Steam. The new version of the game, called Grandia II Anniversary Edition, unfortunately has been plagued with a variety of issues that prevented some from enjoying the game. Thankfully, a new patch has been released today which brings several fixes to the game and adds some really interesting features that will vastly enhance the experience.

Among the new features added by the new Grandia II Anniversary Edition patch is a 60 FPS option for battles, which allows players to make battles run in 60 FPS. Another notable addition is support for custom resolutions, the addition of 4K and Ultra wide resolutions, new Audio settings and much more.

Here are the full patch notes for the Grandia II Anniversary Edition 1.03 patch.

Grandia II Anniversary Edition is now available for purchase on Steam in all regions. The additions and fixes of the new patch will definitely improve the experience for everybody so consider checking the game out if you’re looking for a very good classic role playing game to play on PC.