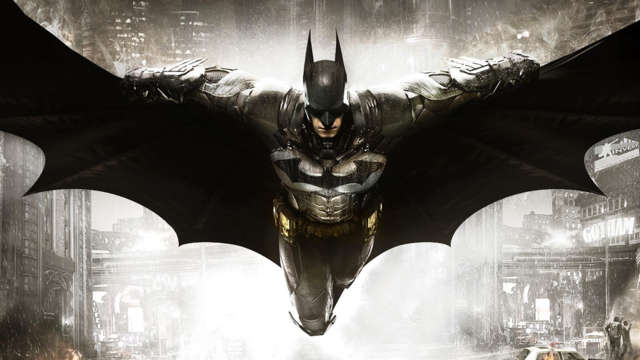 It’s been a few months since Batman Arkham Knight has been released in all regions on consoles and PC and all long time fans of the series starring the Dark Knight have surely already bought and completed the game. Some might still be on the fence but today’s deal is definitely going to help them in making a decision.

Online retailer Amazon is currently offering Batman Arkham Knight on PlayStation 4 and Xbox One for reduced prices. The PlayStation 4 version is now available for $41.95 instead of $59.99 while the Xbox One version is $44.99 instead of $59.99. Considering the game has been released only a few months ago, this is a really good deal that no fan of open-world games should pass on.

Yesterday we have reported that the Batman Arkham Knight PC interim patch has been made available briefly earlier this week, before getting pulled. Earlier today it has been confirmed that the patch is now available for all those who have already purchased the game. As many reported the other day, the new Batman Arkham Knight PC patch manages to fix many of the issues plaguing this version of the game, finally making it playable for most.

Earlier this week, the first of the Batman Arkham Knight September DLC packs has been made available on consoles. This DLC pack is the Crime Fighter Challenge Pack #1, which allows players to complete a variety of AR Challenges using Batman’s allies Catwoman, Nightwing and Robin. More DLC packs will be released later this month, such as a new story DLC starring Nightwing, new skins, the Tumbler Batmobile skin and more.

Batman Arkham Knight is now available in all regions on PlayStation 4, Xbox One and PC. The new Amazon deal may not be available for much longer so make sure to take advantage of it as soon as possible if you’ve been thinking about getting the game.