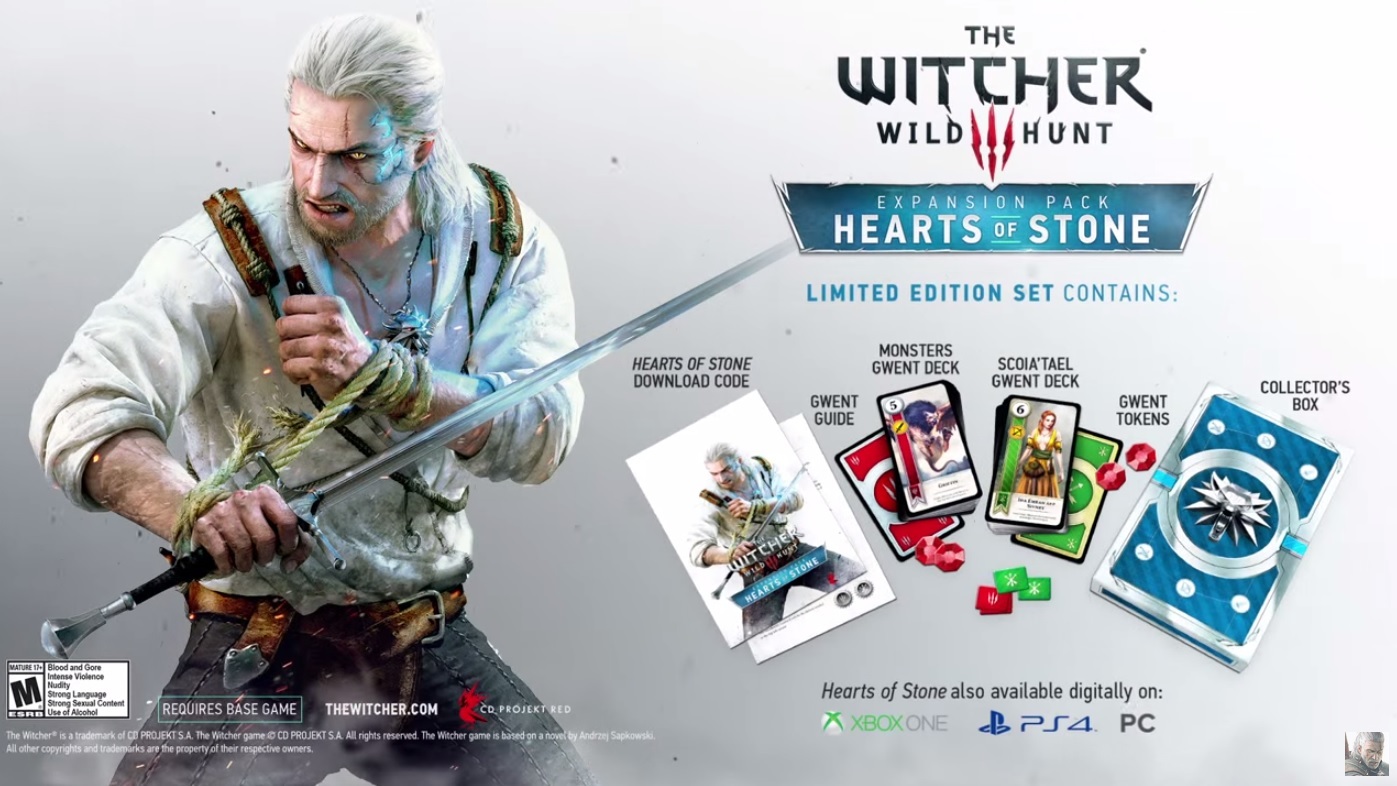 CD Projekt RED has certainly exceeded expectations with last week’s announcement of the The Witcher 3 Hearts Of Stone release date. Not only the expansion will be released as originally announced next month but it will also receive a retail release including two real Gwent decks, the Monsters and Scoiat’el decks. New details on the Gwent cards sold through the Redeem Gwent website have emerged online a few hours ago.

While Gwent cards included in the retail The Witcher 3 Hearts of Stone version sold in stores will be localized, as confirmed a while back, CD Projekt RED community manager Marcin Momot has confirmed that the Gwent cards ordered through the Redeem Gwent website are only going to be in English. This is definitely disappointing for those who purchased the Expansion Pack and would have liked to receive localized Gwent cards.

On a related note, Mr. Momot has also confirmed that The Witcher 3 Photo Mode is not planned at the moment. As the same was stated back when people were asking about a New Game Plus mode, there’s the chance that things might change in the future. Even if the mode won’t be coming it won’t be a huge problem as it’s possible to turn off the game’s HUD from one of the menus.

Earlier this week new details on the The Witcher 3 Hearts of Stone story have emerged online. According to dialogues that have been extracted from the latest game patch, Geralt may suffer permanent consequences following the events of the expansion, with  Yenner, Triss and Ciri being unable to remove a mark on his body.

The Witcher 3 is now available in all regions on PlayStation 4, Xbox One and PC. The Witcher 3 Hearts of Stone expansion will be released on October 13th on all formats. We will keep you updated on the expansion and upcoming new patch as soon as possible so stay tuned for all the latest news on CD Projekt RED’s excellent role-playing game.