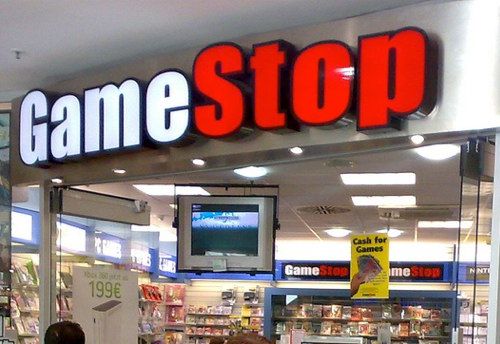 “I think what’s interesting to us is that consumers have a pretty strong preference in this,” said Gamestop CEO Paul Raines. “And I think we’ve seen this play out in a variety of ways over the past few years. Consumers prefer those physical bundles, because they know that that disc has value in the trade-in program at GameStop . So we choose not to participate in the digital bundles.”

This strategy has already come into effect. While many other stores sold Madden NFL 16 as a digital game with their console bundles, Gamestop reached a deal with Sony and Microsoft to bundle it physically with consoles.

“We worked with both Sony, Microsoft, and EA, with all three of them, and we offered a free physical disc when you bought either a PS4 or Xbox One,” said COO Tony Bartel. But he adds that, should Sony and Microsoft refuse to offer bundle deals that include physical discs, Gamestop will look at third-party bundle deals instead. “We expect that if a game is provided as a promotional item in a hardware bundle, GameStop will see more of these physical offers than digital pack-ins on upcoming third-party releases.”

It’s worth pointing out here that digital games can’t be traded in and resold. A large portion of Gamestop’s profits come from selling second-hand games. And, of course, digital games can’t be bought directly from Gamestop, so it’s pretty obvious why they’d want to keep physical games in circulation. The more physical games there are in the world, the more there will be for Gamestop to sell second-hand.

“I think we articulated in the first quarter that we have made it clear with our publishing partners that our preference is that we sell — obviously, GameStop ‘s preference is — we sell things at full price and provide great value through our trade program and that we have physical discs,” Bartel said.

Gamestop is the parent company of a chain of game retailers around the world. While they are known as Gamestop in most countries, they also trade as EB Games in Canada, Australia, and New Zealand, and as Micromania in France.