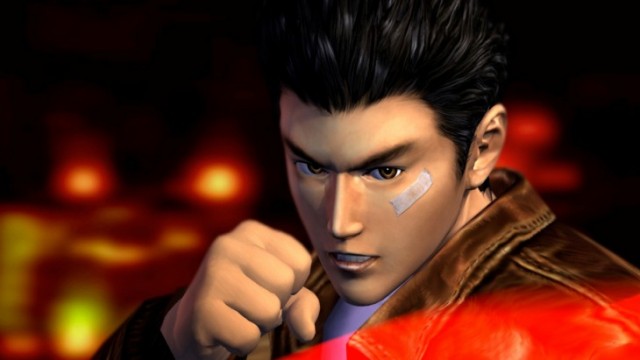 After the bombshell of an announcement at the Tokyo Game Show last week, you’d think it would be a while until anymore characters would be confirmed for Project X Zone 2, the crossover strategy RPG sequel. Well, it seems like a couple more characters have been accidentally leaked.

Ryo is dead centre – between the succubus and the space reporter. Bet you didn’t think you’d be reading a sentence like that today.

Japanese website Games Talk uploaded some images from the Korean localisation of the game, which seem to show previously unknown characters. The most prominent being Ryo Hazuki, the main character of the Shenmue series. His inclusion will be no doubt most welcome given the series’ popularity, especially since Shenmue 3 was announced earlier this year at E3. It’s not known where he’ll be part of a Pair Unit or as a Solo Unit (my money’s on Solo) but, regardless, his inclusion is bound to make some people very happy.

More screens also show off two more Solo Units; the most notable being Estelle from Tales of Vesperia, who is slightly cut off in the image. In the last game, she was in a Pair Unit with Yuri but seems to have swapped places with Flynn this time around.

There she is on the far left.

The other Solo Unit seems to be Ingrid, a character who debuted in a previous crossover game, Capcom Fighting Evolution. She later appeared in Street Fighter Alpha 3 MAX for the PSP, where it was revealed she was a time traveler who came back in time to retrieve her Psycho Power, which had been stolen by Street Fighter villain M. Bison (Street Fighter’s continuity is weird). There’s no official confirmation that it’s her but the sprite seen in the image bears a close resemblance.

Girl in blue at the bottom of the top panel.

Project X Zone 2 will be released for the 3DS in February in America and Europe (Japan will get it this November) and will star various characters from Capcom, Sega and Namco franchises, including Dante and Vergil from Devil May Cry, Phoenix Wright from Ace Attorney, Kazuma and Goro from Yakuza: Dead Souls, Axel Stone from Streets of Rage, Jin and Kazuya from Tekken, Natsu from Soul Calibur V and even Nintendo characters – Chrom and Lucina from Fire Emblem Awakening and Fiora from Xenoblade Chronicles.