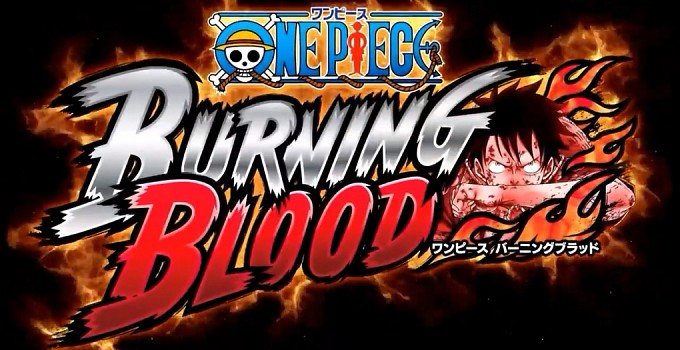 Among the many titles that have been revealed during last week’s Tokyo Game Show was one new title based on the One Piece series called One Piece Burning Blood. The game is going to be somewhat different from recent One Piece games such as the One Piece Pirate Warriors games, as it will be a fighting game featuring several characters from the series.

Not much is currently known about One Piece Burning Blood but today we are able to check out some new screenshots from the game thanks to Shonen Jump magazine. This week’s issue of the magazine features some new One Piece Burning Blood screenshots showcasing Luffy fighting against Crocodile and more. The scan has yet to be translated in English at the moment so we still don’t know if any new details on the game has been revealed by Shonen Jump but we should learn about the matter soon. You can check out the new scan right below.

UPDATE: The scan has been translated by Shonen Gamez, you can check it out by going here. 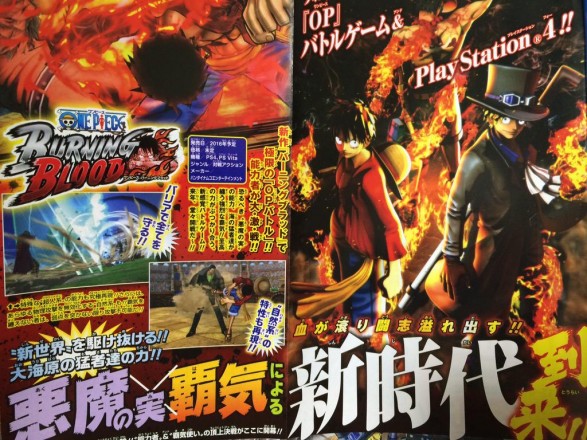 As stated above, One Piece Burning Blood will be a fighting game based on the popular series created by Eiichiro Oda. Not much is known about the game at the moment, other than it’s currently being developed by Spike Chunsoft and that will be focusing on characters possessing Devil Fruits abilities such as main character Monkey D. Luffy, Sabo and Crocodile.

The latest One Piece game to get released in the West is One Piece Pirate Warriors 3. The game developed by Omega Force is without a doubt the best one of the entire series, featuring a varied character roster, refined gameplay mechanics and new systems such as the Kizuna mechanics that vastly improve the experience.

One Piece Burning Blood is currently in development for PlayStation 4 and PlayStation Vita. We will keep you updated on the game as soon as more comes in on it so stay tuned for all the latest news.