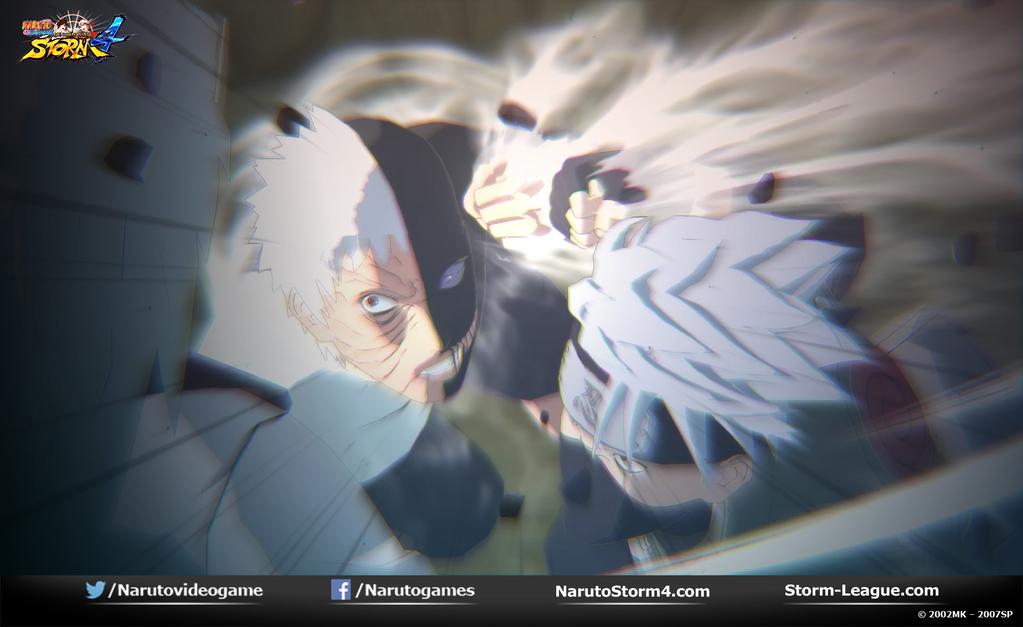 Last week the latest issue of the Japanese magazine V-Jump has shown more of Susanoo Kakashi, the ultimate form of Kakashi that will be available in Naruto Shippuden Ultimate Ninja Storm 4. The magazine revealed that Kakashi and Obito will be able to use a Team Ultimate Jutsu. a technique that been also showcased by a couple of new screenshots.

Among the screenshots that have been included in the latest issue of the magazine were a couple showcasing an intense battle between Madara, Obito and Kakashi. These new Naruto Shippuden Ultimate Ninja Storm 4 screenshots have now been shared in higher quality online and you can check them out right below.

Last week a new Naruto Shippuden Ultimate Ninja Storm 4 trailer has also surfaced online. The trailer focused on the pre-order exclusive DLC characters Boruto and Sarada as well as on other pre-order content such as The Last characters and more. As confirmed several times in the past few weeks, Boruto and Sarada won’t be sold after launch while The Last characters will eventually be made available for purchase some time after the game is released.

Naruto Shippuden Ultimate Ninja Storm 4 is going to feature the largest character roster of the series and several characters have yet to be revealed. In the past few days we have learned that there’s the chance that Izuna Uchiha and the Sound 4 might be included in the game. Nothing is certain about their inclusion but we should learn more about the matter soon.