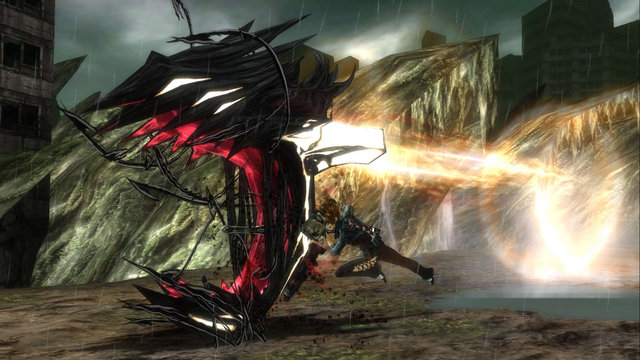 God Eater Resurrection, the new entry of the God Eater series launching soon on PlayStation consoles in Japan, isn’t going to be a simple remake of the first entry of the series as it will come with plenty of new features not found in the original PSP game. One of these new features has been showcased today by a brand new trailer which has been shared by Bandai Namco.

The new God Eater Resurrection trailer focuses on the Predator Style, one of the new gameplay mechanics of the game. Thanks to this new feature, players will be able to perform new devour actions such as quick, step and air and more, expansing players’ possibilities in the game. You can check out the trailer right below.

Around one month ago some new God Eater Resurrection screenshots have surfaced online. The screenshots showcased new attacks for older Aragami, the evolved enhancement system and much more.

God Eater Resurrection is the remake of the original God Eater Burst, released on PlayStation Portable a few years back.  As mentioned above, the new version of the game will include several gameplay enhancements as well as a new story that will better connect the events of the game with the events of its sequel.

God Eater Resurrection will be released in Japan next month on PlayStation 4 and PlayStation Vita but there are currently no news on a possible Western release of the game. Chances unfortunately look very slim as of now as the original God Eater Burst has been localized but no other game of the series past the first one has been released in North America and Europe. We will let you know more about the game’s Western release date as soon as more comes in on the matter so stay tuned for all the latest news.

Zach RileyDecember 1, 2022
Read More
Scroll for more
Tap
TV shows vs movies – Which one is better?
Mass Effect gets its own theme park
wpDiscuz